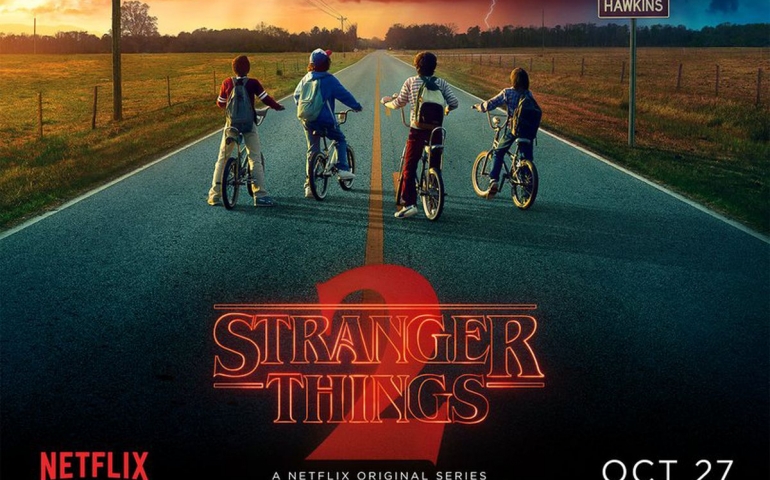 In July, 2016, Netflix released the first season of the television show, Stranger Things. Becoming an instant worldwide phenomenon, Netflix created a second season, released on October 27, 2017. Stranger Things 2 not only lives up to the first season, it achieves a larger goal of expanding the Stranger Things universe and developing depth to all characters. In large, it asks questions about humanity and hospitality, framing it through the lives of middle schoolers.

The Duffer Brothers, the creators and head writers of Stranger Things, managed to develop a character environment unique to modern television, one where all characters are likable. Although the creatures of the “Upside Down” seem to be the villains of the story, there is still room for empathy as, like Eleven, they are strangers to this new world.

Dr. Ron Wright, psychology professor at SNU, explained why he felt that this second season of Stranger Things exceeded the first, saying, “If the first season was

Every character is human, each getting a moment to both fail and succeed. This makes it easy to relate to all characters, creating a more immersive world, paying off in the moments of horror in the second season.

I interviewed Troy Vernier, a freshman at Southern Nazarene University (SNU), about the second season of Stranger Things, commenting on his favorite part about the series: “I love the setting in the 80’s. I think it adds a lot more depth to the show that wouldn’t be there today. If it were set today, they could easily just text or call each other about what’s going on whereas, with limited communication, it leaves the characters in the dark and adds to the horror.”

While Stranger Things is set in the 1980’s, there are many relevant themes that bleed into modern times. Vernier dissected the themes of the show, noting the parallels between the “othering” of Eleven and the “othering” our society practices with people of different race, religion, socioeconomic status and so on. The hospitality Mike showed to Eleven seems to be the Duffer Brother’s reflection of how we should respond to the “others” of the world.

Dr. Wright provided an analysis from a psychological perspective, commenting, “I see the upside down as representative of Carl Jung’s notion of the Shadow. For

Jung, part of our human nature is the propensity to do evil, and ‘facing our Shadow’ becomes an important process in the journey towards becoming a mature human being.”

He also describes the importance of the setting of Stranger Things. Being held in the Cold War Era, the paranoia of the government plays into the unleashing of the “Upside Down,” as they attempt to cover the incident up throughout the show. According to Dr. Wright, “For Jung, this would also represent our human tendency to try to defend, cover up, or repress our own propensity to do evil. This is why Jung called facing one’s Shadow the ‘first act of courage.’”

The Duffer Brothers seem to be playing with Jung’s idea of “facing the Shadow,” yet also showing the importance of community through awkward middle schoolers. In the literal sense, facing the Shadow is a part of their maturity into teenagerdom. But it also represents the growth and maturity of a community, as each character has developed a home through the hospitality of one another.