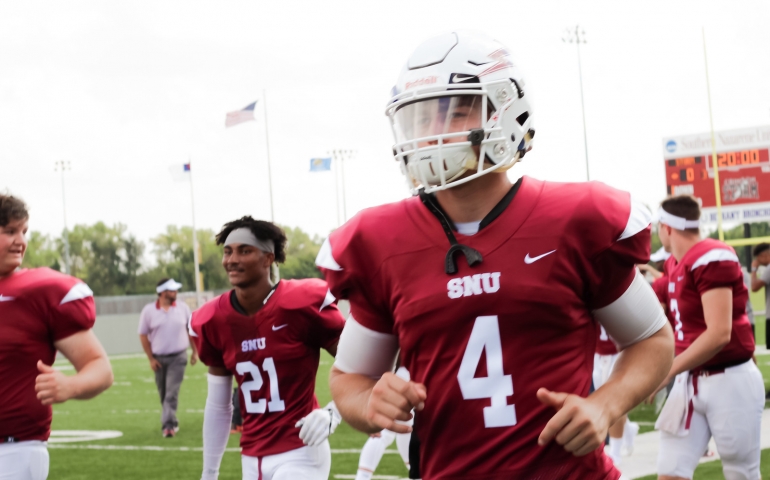 After a few difficult but well fought years, it seems appropriate to say that Southern Nazarene football is truly a force to be reckoned with in the Great American 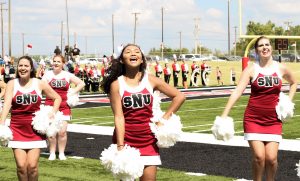 Conference. With what is now a 4-6 record, the team’s performance has led to its best season in several years. Better yet, SNU has the opportunity in the coming days to add one more to their win column against their much-anticipated rival, Oklahoma Baptist, whom the Storm have defeated the last two years.

While most of the student body is unaware of this, the Storm have had a successful football history, yet not in the years of our generation. Traditional senior students will likely recall their freshman year in which the football team went without a win all year long, and other succeeding students will also recall in the years to follow the next two seasons in which wins were scarce. What makes this year so great for SNU football is its appearance to remain a legitimate contender in the years to come.

The wins are part of the evidence of the team’s turnaround, but it is not the only way that it’s seen. In years past, games would often be decided quickly, leading to 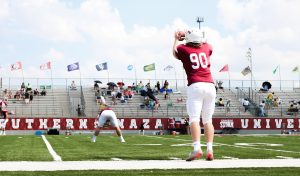 But since SNU has either handled or remained competitive with nearly every opponent this season, there is belief among both the players and fans that the team has what it takes to win every game they play. In fact, in addition to their four wins, four of their losses have only been by at least a twelve point deficit.

To speak on the team’s behalf, I interviewed Kristian Stitt, senior football player and student body president. While he said that there were many things that has led to this team’s best season in years, he said that “One thing that has really shaped us and molded us into a great team is our passion and love to compete in every circumstance. We always are the smaller team on the field but don’t play like it, and we fight for one another, not ourselves.” 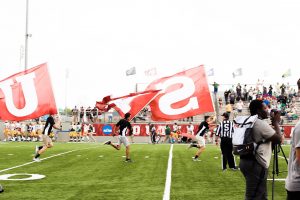 Upon asking him about the team’s potential success in the future, Stitt had high hopes: “I do believe the team’s future is very bright. We have a great coaching staff that recruit very well and are passionate and dedicated to the team both on the field and off… encouraging us, pushing us and leading us to be men of courage.”

Stitt also could not speak about the blessings of this season without speaking of the goodness of God, giving praise to Him for the opportunities that the program has had this year. With only one game remaining against SNU’s biggest rival, come see how the Storm has been building this Saturday at 1 PM! The future is bright for SNU’s football program, and as Coach Lambert would say, “it’s brighter than lightning in a bottle.”

Allen is a senior majoring in Theology and Ministry. Prior to joining the ECHO, Allen worked on campus as a writing tutor. Upon graduation, he aspires to continue following his call to ministry by furthering his education. Above anything else, he desires to continue seeking for an intimate relationship with God and to lovingly minister to others in a way that they might do the same.[/author]