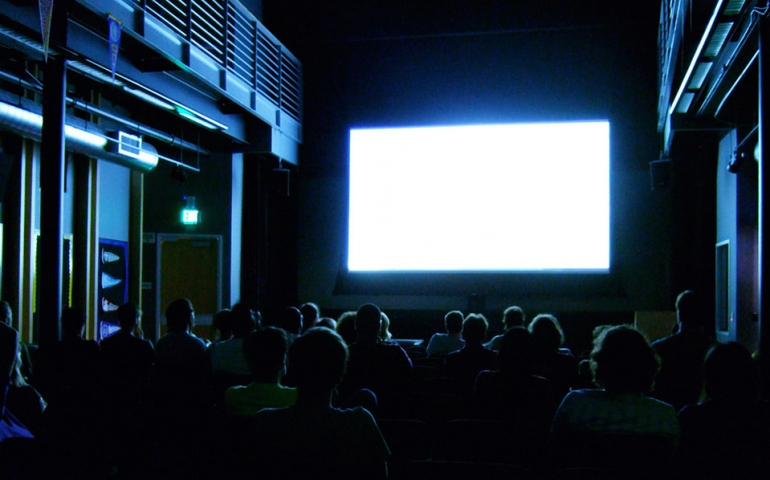 Whether you’re a casual watcher of movies, or a self-proclaimed movie snob, there is a certain level of commitment that it takes to watch a foreign film, especially one that is not in your native language. These are not movies that you can simply put on in the background and casually pay attention to. If you’re going to make the investment of time and effort to watch a foreign film, the following five films deserve your attention.

5. “Dogtooth”
When thinking about foreign movies rarely do we think about Greece, but this Oscar nominated movie shows us that this country, and Greek Director Yorgos Lanthimos, have a lot to offer. In the ultimate act of control, the parents in the film, simply referred to as Mother and Father, have convinced their children that outside of their walled compound lays a fierce and brutal world.

The three teenage children, having no contact with the outside world, blindly believe everything Mother and Father tell them. The teenagers, having been taught a fictional language and made terrified of such things as house cats, do not stand a chance in the outside world. While shocking at times, this movie is a beautiful testament to the human spirit.

This film, made in 2002, takes the watcher to mean streets of the Brazilian favela where life is cheap and violence rules. The film begins in the 1970s where we follow two groups as they come of age.

One group, led by Lil Ze, chooses a life of violence and drug dealing, while their former playmates, led by Rocket, are trying their best just to stay alive in the wake of the daily savagery that surrounds them. Rocket finds solace behind the lens of a camera, whereas Lil Ze finds power behind the sights of a gun. This movie was nominated for four Academy Awards and has won a number of awards from around the world.

https://www.youtube.com/watch?v=mNgyOueZIEo
If you have seen the 2013 American remake of this classic, and haven’t seen the 2003 South Korean flick it was based on, you are missing out. This movie tells the story of Dae-Su, a man who has been kidnapped and imprisoned in a hotel style room for the last 15 years.

One day, out of the blue, Dae-Su wakes up to find he has been released, and he is informed that he has five days to find the person that has had him imprisoned or he will be killed. Dae-Su embarks on a roller coaster ride of plot twists and turns that are peppered with violence and self-realization.

2. “Seventh Seal”
Directed by Ingmar Bergman, and starring Max von Sydow, is there really anything else that you need to know? In this 1957 Swedish film, Antonius Block has returned home from the Crusades only to be greeted by the site of those suffering from the black death. As Block makes his way home he meets the specter of Death, who he realizes has been following him for some time. After talking with Death, he learns that Death has come for him. Having survived many battles, and not yet ready to die, Block convinces Death to play a game of chess with him. If he wins he gets to live, but if he loses Death will do his duty. Watch the trailer for this movie at your own risk, as it contains major spoilers.

1. “Battle Royale”
Every movie snob should want to watch this movie so that they can enter the debate on whether or not “The Hunger Games” borrowed just a little too heavily from this Japanese classic. In the future, fearing the youth as they protest and grow out of control, the Millennium Education Reform Act, also known as the BR act, has been passed.

Under this act, every year a randomly selected high school class is shipped to a remote island. On the island, the students have three days to battle it out where only one person, the lone survivor, will be set free. The book that this movie is based on was published nine years before “The Hunger Games” books were published, thus fueling the debate over “The Hunger Games” originality.

Whether you want to debate the origin of “The Hunger Games” with your friends, or just go on a cerebral journey, these movies are for you. Your investment in time will not only be rewarded with entertainment, but also with a notch in your movie snob belt.