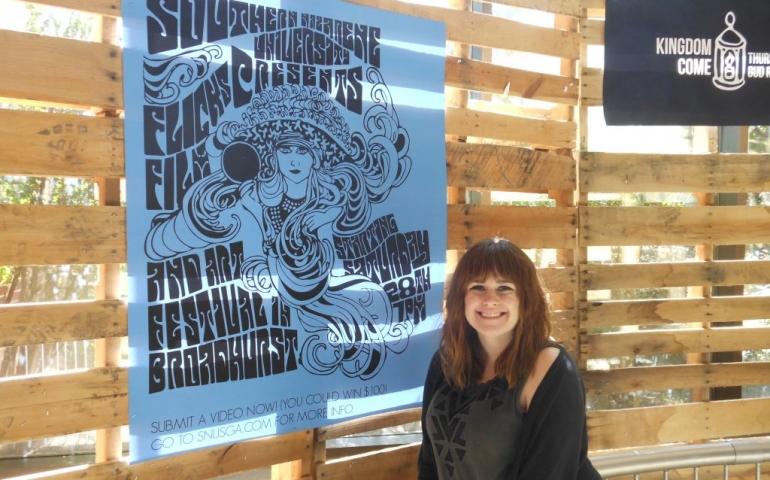 Whether you’re an aspiring Mapplethorpe or a filmmaker in the vein of John Waters, the Flicks Film and Art Festival wants to showcase your creativity. The festival, which will be held in Broadhurst, Saturday, March 28 at 7 p.m., will feature the art and film creations of SNU students.

While the guidelines for art are open ended, video submissions need to be between 3 to 10 minutes long. The best film, as chosen by the attendees of the festival, will receive $100.

Kevin Nixon, who has won the film festival twice, including last year, has this advice for those submitting videos: “When entering, make sure you are doing a video that would be fun with your friends and something you can make memories about. You don’t need to worry about winning anything in the event at all.”

You can see Nixon’s winning video from last year:

and Nixon’s winning video from his freshman year:

If you are planning on attending the festival, entry is only $2 or free with a crimson card. In addition to the art and film, Pop’s Arcadia soda will be available as well as snacks. During the film intermission, live music will be provided by Ryan and Emily Andrews. T-shirts are also available with this year’s festival logo, which was designed by Jessica Bowie, for $10.

The goal of the festival, according to Bowie, is for the students and faculty to see the creative talent that we have on campus and to showcase the talent of SNU’s art community, including those majoring in graphic design.

For those submitting art and film, it gives them a chance to take a risk and to put themselves “out there”. Bowie has moved the festival to Broadhurst this year to achieve a more intimate feeling for those both participating and attending.

For further information you can contact Jessica Bowie at jebowie@mail.snu.edu or visit www.snusga.com/flicks.