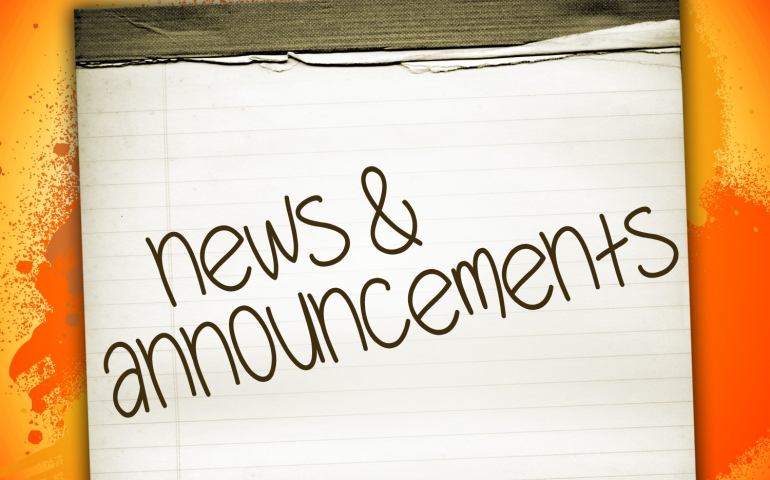 The SNU news announcers are hand chosen by Spiritual Development, which is under Blair Spindle.

“We had too many different things going on the screen and it felt like people weren’t getting the information since it didn’t all flow together,” said Redwine.

Spindle created a news desk format in the spring of last year so it was the same every week, and people would begin to recognize it as an information source. Tuesday is the only day that the SNU announcers are utilized.

Gauging from the majority of the students reaction, the announcements are entertaining and should be entertaining in order to gain the attention of the students. The point of the announcements is to have someone who can effectively get the point across and encourage others to participate in the events. Having announcers has definitely kept the community involved and current.

“In SNU news, we definitely see an increase in attendance when the details are effectively and repeatedly given to the student body in multiple ways,” said Redwine.

When the announcers keep the news exciting, it becomes memorable for the student body, and many want to participate in the events. As an SNU announcer, one must do their best to share the information, get the word across, and if one can be funny than that in and of itself is perfect!

Preferably, Spindle will pick an upperclassman that is known among the student body and can appeal to a larger audience. For now, Spindle picks the announcers, and there is not a set application for one who would want to be on SNU News. Though it is a great part of chapel and has brought the students of SNU much joy, there is not a way to be a part of the announcers unless asked!