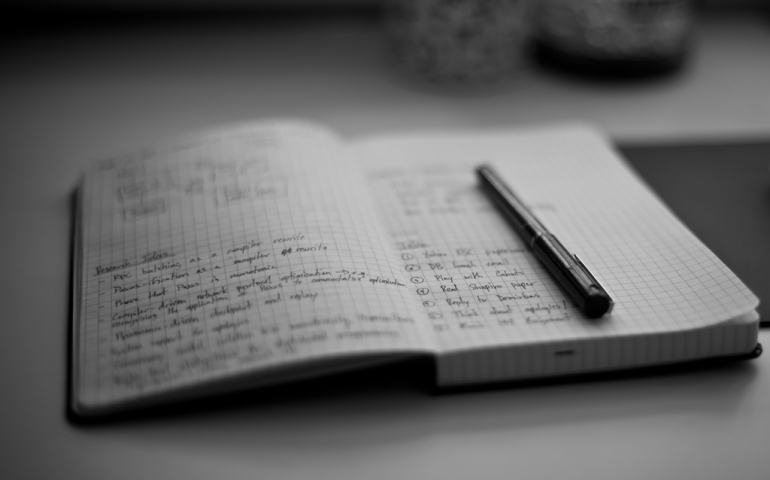 Southern Nazarene University offers many opportunities for students across different departments to perform undergraduate research. Undergraduate research is important because it provides students with valuable academic skills and tools that will give them an advantage both in graduate school and in future careers.

Performing an undergraduate research project is different than simply writing a research paper, in which students gather information that other people researched. When doing their own undergraduate research, students create new research to contribute to the broader conversations within their fields of study. Students work alongside a faculty mentor who provides guidance and support for them throughout the process.

These benefits include developing stronger academic skills such as the ability to read and write critically, how to find information quickly, how to read articles quickly, and how to evaluate sources. Additionally, undergraduates who have done their own research projects became more engaged in their discipline.

“You become invested in the area of your major because you’re going beyond just reading what someone else has told you; you’re discovering something new about psychology, biology, English, whatever it is. You are becoming the expert in that field,” Rosfeld said.

Students doing research learn how to organize and manage their time effectively.

“Undergraduate research is something that is typically done outside of any coursework, and so you have to pace your own completion dates [and] set your own deadlines. Those skills are good regardless of what you do. Those are great job skills. Those are great life skills,” Rosfeld said.

Dianne Wade, a junior English major, conducted an undergraduate research project during her sophomore year at SNU as part of the McNair Program. Her research involved a comparison of “Frankenstein” and “Flowers of Algernon,” two stories written a century apart with paralleling themes.

Wade believes she grew a lot academically from doing her research project.

Both Rosfeld and Wade acknowledged that undergraduate research isn’t easy to do and can often be intimidating. However, most programs, including those at SNU, also recognize the difficulty of it and provide support systems for students.

“Undergraduate research is something you go in knowing [that] ‘I’m going to have to work but everyone around me wants me to be successful,’ ” Rosfeld said.

As well as faculty mentors who help support the students, many programs also use a cohort model, where groups of students meet and discuss their research together. Although they aren’t all doing the same topic, students are still able to give each other feedback and encouragement.

“I think it’s extremely beneficial for them to not only have the faculty input but to have students around them, super supportive and struggling with the same things,” Rosfeld said.

Rosfeld also believes one of the benefits is an increased academic confidence. Having done your own research project once, students know they would be capable of doing it again.

Indeed, looking back at her research project, Wade believes doing a second project now could be easier.

“When I started the McNair project, I was almost a little afraid of it because it was new territory and I didn’t really know what it would entail. This side of it and this far after, I know I can do it. So, I’m not afraid of it,” Wade said.

For more information about undergraduate research and the McNair program, click here.