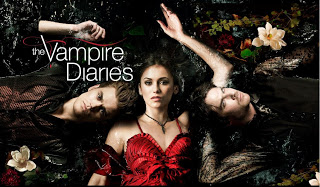 “The Vampire Diaries,” a supernatural romance drama released in 2006 and based on the book series by L.J. Smith, is a compelling love story that is very well-written with a dynamic plot that draws in the audience. The in-depth plot weaves all the characters together so that throughout multiple seasons, there is always a love triangle and unexpected twists.

Summary: The small town of Mystic Falls is filled with supernatural beings including witches, werewolves, hybrids, and vampires. Elena, the protagonist of the series, falls in love with Stefan Salvatore, a 163-year-old vampire. Their relationship becomes overwhelmingly difficult when Damon Salvatore, Stefan’s older brother, comes to town to wreak havoc. He is seeking revenge against his brother for forcing him to become a vampire over 100 years ago. Damon is enamored with Elena because she resembles his previous love, Katherine, a vampire who was born in 1473. It becomes apparent that Katherine and Elena are related, and both share a doppelganger bloodline. The doppelganger’s blood is needed for multiple reasons throughout the seasons, like when Klaus, one of the original vampires, needs their blood to make hybrids. As a result of their shared bloodline, both of their lives become valuable to many other characters.

Elena’s life story is a tragedy, and it is filled with heartache and loss. By the time she is a senior in high school, she loses everyone in her family, and she is left with next to nothing. Her few friends and the Salvatore brothers are the only people who keep her going as she is adjusting to her new life as a vampire.

Review: The fantastic acting, creative cinematography and a plausible plot make this television show superior to similar dramas like the Originals, Teen Wolf and Revenge. Nina Dobrev, who plays Elena and Katherine, does an amazing job making the two characters unique while managing to keep their relationship with one another heated.

Elena goes from being a depressed teenage girl to someone whose whole ideology and beliefs are turned inside out.  Nina Dobrev does a wonderful job at challenging viewers’ beliefs. One of the many great things about this drama is that it keeps viewers thinking.

Throughout the five seasons, there is always a power struggle between different antagonists, and just when the viewer thinks he or she know who the bad guy is, it all shifts. Katherine becomes the main antagonist, which keeps the series entertaining because she can manipulate people to think that she is Elena. Klaus, played by Joseph Morgan, is another antagonist. Joseph Morgan does a fantastic job of acting out an old vampire with traditional morals in a modern day society.

Paul Wesley plays Stefan, and he does a great job at being innocent, loving, and the backbone of town, but in the later seasons he becomes a ruthless killer devoted to Klaus to save Elena. Paul Wesley also does a great job at playing the role of an old vampire blending into modern day society. Ian Somerhalder plays “bad boy” Damon who is really good and loves everyone, but is afraid to show it. Somerhalder does a great job acting mysterious and protective, and he really brings this character to life though his acting.

The producers are creative in the way they film and produce the shows. With great composition, focal points, and perfect lighting it feels like you are right in the middle of the action. Entertainment News said, “The producers are masterful in the way they put the whole show together. It flows seamlessly and is constantly improving throughout the seasons.”

The plot is always changing in a way that draws the viewer deep into the characters. It is easy to love and hate the characters and feel like he or she is part of the family of friends. With witches, werewolves, and hybrids thickening the plot, the audience is constantly awaiting what will come next. This enthralling love story is action-packed and engaging.

[author image=”http://i2.wp.com/echo.snu.edu/wp-content/uploads/2014/01/abby.jpg?resize=283%2C449″ ]Abby Felter, Director of Photography  Abby is a 5th generation SNUer and a sophomore from Olathe, Kansas who is studying history and Spanish. Abby plans to attend Oxford next summer, and to attend law school after she graduates from SNU. Abby is looking forward to contributing her photography skills and writing for the Echo.[/author]