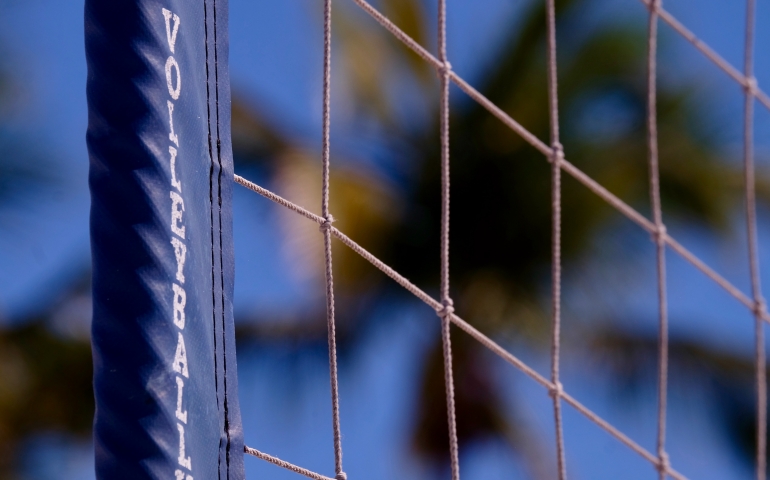 Southern Nazarene University’s intramural indoor volleyball is wrapping up, and it has been a great season! Indoor intramural volleyball began on January 21 in Broadhurst Gymnasium. Students were able to create their own teams and come up with a team name. There were seven nights of games, and each night consisted of five different games. This is a great way to have fun with friends and compete against other students, whether you are a skilled volleyball player or are just wanting to participate for fun.

Indoor volleyball is open to all SNU students. The games begin at 6:30 in the evening and last until about 10 that night. Students also enjoyed “warming up” and playing for fun in between games. This is such a great way to connect with others and have fun!

Michaela also participated in intramural sand volleyball last semester. She enjoyed both, but she said, “I prefer indoor because I play better indoors than on sand.” She also said that she will play again next year.

Madeline Hoffpauir, a freshman at SNU, also participated in indoor intramural volleyball and really enjoyed it. She said, “Even though we did not win that many games, it was still fun!” Her favorite part was playing with all of her friends. She would recommend it to others because “it is a good chance to hang out with friends and get better at volleyball.”

Madeline participated in sand volleyball last semester as well. She said, “Honestly, I liked them both about the same, but in different ways. I liked indoor because it is easier, but I also liked sand because it is a different experience and it is fun when the weather is nice.” Madeline also agrees that she will want to play again next year.

As you can see, many students enjoyed this season of indoor intramural volleyball, and you should definitely participate if you did not this year! It is a lot of fun and a great way to connect with other students. The top six teams that made the playoffs will compete on Monday, February 10.

(Photo by Bruce Warrington on Unsplash)