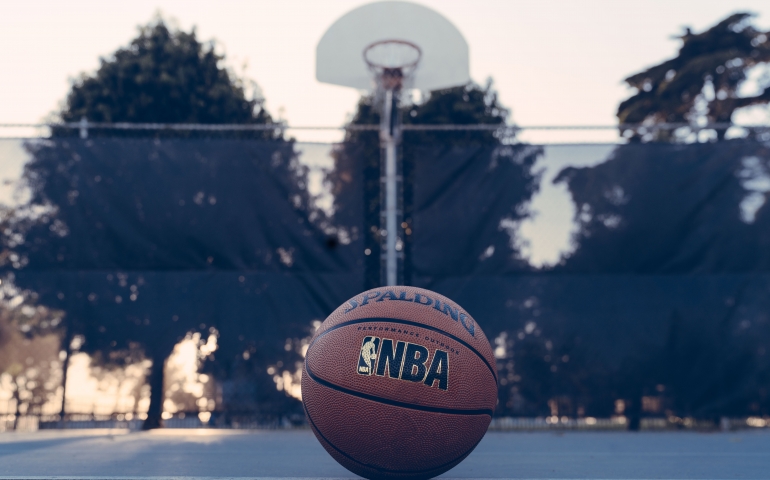 The NBA trade deadline passed this week, as it does every year just before the all-star break. Teams are now locked in with the teams they have (bar free agent signings) for the rest of the 2019-2020 campaign. A few teams made some big moves, but most stayed relatively silent this year… Why is that? It could be due to the new relative parity seen across the league with the juggernaut Warriors being no more, so now teams don’t feel as pressured to change the team up to compete, or maybe most teams are simply too afraid to make that mid-season change. Either way, some big names moved around, here’s a look at a few.

DeAngelo Russell’s short stint with the Golden State Warriors is finished as “the fit was questionable” from the beginning according to head coach Steve Kerr. Russell is now a member of the Minnesota Timberwolves, much to the happiness of Timberwolves center, Karl-Anthony Towns, a very close friend of Russell’s. The two haven’t been shy about wanting to play with one another, as they have publicly stated their desire to do so in SLAM Magazine, along with Phoenix Suns’ guard Devin Booker, who still remains in Phoenix.

This was a win-win move for Minnesota. They gave up Andrew Wiggins and his massive contract, along with two picks, for Russell, Omari Spellman and Jacob Evans. The Wolves have been looking to move on from Wiggins for a while now but had trouble ever finding a team to take on his contract. They finally did and got an all-star point guard in return who will keep Karl-Anthony Towns happy. The only downside is losing an early first-round pick, but the wolves deemed it a worthy gamble.

The Warriors, on the other hand, add some length at the guard position with Wiggins, along with a strong third scoring option to Steph Curry and Klay Thompson when they get back to the court healthy. The first-round pick heavily sweetens the pot, too.

Clint Capela is rocketing out of Houston on his way to Atlanta in a four-team deal that brings the Atlanta Hawks Clint Capela, Dewayne Dedmon, Skal Labissiere, Derrick Walton, Jr. and two picks. The Houston Rockets are adding Robert Covington, Jordan Bell, Bruno Caboclo and two second-round picks, as they look to go all small ball all the time.

The two other teams involved were the Denver Nuggets and Minnesota TImberwolves. The Wolves added Malik Beasley, Juan Hernangomez, Evan Turner, Jared Vanderbilt and a first-round pick. While the Nuggets obtained Gerald Green, Noah Vonleh, Keita Bates-Diop and a first-round pick. Four team trades are a rarity, but examples like this show that anything can happen come time for the trade deadline.

Andre Igoudala is freed from his shackles in Memphis and can finally play ball again in South Beach with the Miami Heat. The Heat picked up the veteran defensive dominator from the Grizzlies for Justise Winslow, Dion Waiters and James Johnson. Jae Crowder and Solomon Hill will be following Igoudala to Miami as well.

Perhaps the most puzzling trade of the week was Andre Drummond to the Cleveland Cavaliers. The Cavs gave the Detroit Pistons John Henson, Brandon Knight and a second-round pick for the all-star big man.

One team that was notably quiet despite reports that a deal was coming, was the Oklahoma City Thunder, who looked to deal Danillo Gallinari to the Miami Heat as part of the trade that sent Igoudala to the Heat, but the teams could not reach an agreement– Gallinari remains on the Thunder with high likelihood he walks away as a free agent this summer.

The deadline passing with no deal being done for our local Thunder is quite disappointing as the last thing a fan wants is to watch a good player leave with no return. Jacob Thomason, an SNU student and Thunder fan, said of the ordeal, “It’s disappointing, I don’t know why we wouldn’t trade him for at least something when the alternative is most likely getting nothing in return.”

Bryton Schmitt, also a student and Thunder fan, is more optimistic, saying “Maybe he’ll agree to a sign and trade in the off-season, and we’ll be alright after all.” A sign and trade is increasingly unlikely in today’s NBA, but Schmitt’s hope isn’t foolishly placed as it is definitely possible considering no team could pay him more than OKC.

The trade deadline is one of the most exciting times in sports because no one knows what’s going to happen and anything could. This year was no exception. Multiple all-stars on the move and lots of young talent in new places. The second half of the NBA season is shaping up to certainly be interesting.

(Photo by Edgar Chaparro on Unsplash)