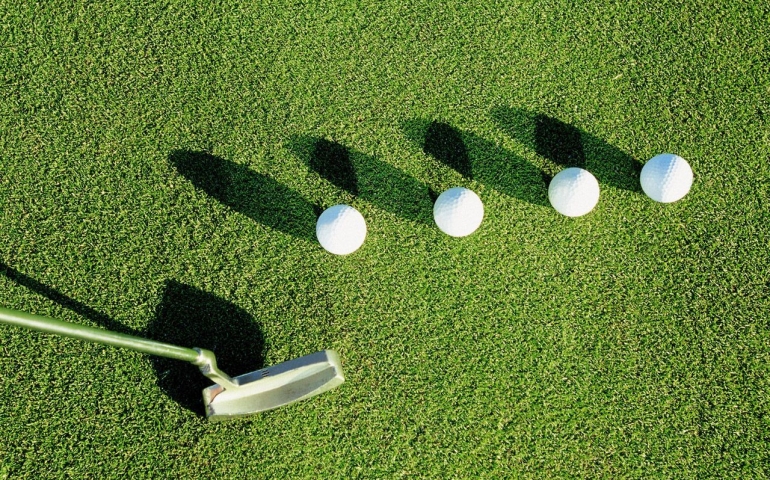 Southern Nazarene University’s golf team has enjoyed many years of success. There have been All-Americans and All Conference players on both the men’s and women’s golf teams throughout the years.

The men’s golf team has the achievement of being the first team from SNU to make a NCAA postseason appearance. SNU men’s golf also has 13 NAIA National Tournament appearances along with a wide array of personal achievements. Some of these personal achievements include one Jack Nicklaus Player of the Year finalist, numerous All Americans, many Academic All-Americans and a large number of All Conference athletes.

This past week I had the privilege of talking to Brady Liles of the men’s golf team and Heidi Stafford of the women’s golf.

Question: How long have you been playing golf?

Brady: “I’ve been playing golf for as long as I can remember.”

Heidi: “I have been playing golf since I was in the seventh grade.”

Q: What do you love about playing golf?

B:” I love golf because every shot is a new challenge. There is always something that you can work on.”

H: “I love that golf teaches honesty, discipline, and independence.”

Q: What is your biggest accomplishment in your golf career so far?

B: “My biggest accomplishment that I have had in my golf career so far is placing third overall as a freshman in the GAC preview.”

H: “My biggest accomplishment was during high school when my team won the state championship and received a scholarship to play golf collegiately.”

Q: What are you excited about for this season?

B: “I’m excited this season because we have a ton of talent and we are all more mature than last year.”

H: “I am excited to see how my team improves and my own improvement.”

Q: What is your personal goal for this season?

B: “My personal goal for this season is to make it to Nationals to make my coach, teammates, and friends proud because no one thinks it is possible.”

H: “My personal goal for this season is to gain more confidence in my game and lower my scores.”

Brady and Heidi are great examples of what student-athletes are. They are not only great athletes, but they are even better people. Thank you to Heidi and Brady for being great representatives of Southern Nazarene University’s golf teams!