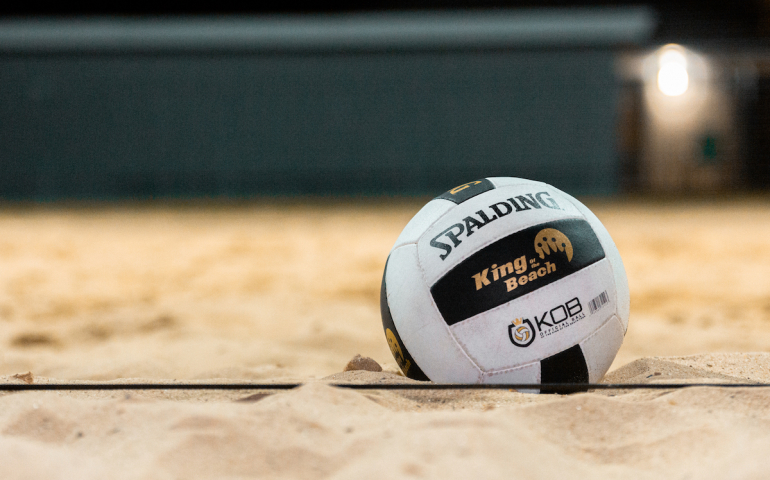 Southern Nazarene University Intramurals have begun! Right now, the biggest “Leisure Services” event happening on campus is 4v4 Sand Volleyball. Signups were from September 8 to September 23, and students could create teams of four people. Intramural Volleyball began on Thursday, September 24 and is scheduled to last until October 15. There are about 10 teams participating in this year’s League. Teams can create their own unique team name, some of them being the “Safe Sets,” “DAWGZ” and “The Serv-ivors.”

This year, there are a few changes due to COVID-19. Teams of four are encouraged in order to reduce the number of people on the court. Students are also required to wear masks at all times, both on and off of the court. It is the best way to stay safe and healthy so students can still participate in the fun.

Some of the other Leisure Services sports that have been happening on campus are Cornhole and Spikeball. Students have been enjoying competing against each other and simply just having fun by participating in these sports. It is a great opportunity to compete and interact with other students, especially if you don’t play a sport on campus. Sand volleyball is one of the most popular and favored intramural sports by SNU students.

Angel Hernandez, a senior at SNU, participates in intramurals at SNU. He said, “I participate in intramural volleyball because of the competitive and social aspect. I love to compete and do so with my friends. Playing sand volleyball is always a good time and intramural volleyball makes it even more fun for me because there is a championship in mind. I would definitely recommend participating in Intramurals to other students. Win or lose, the experience is always one to remember.” Angel also competes in other sports put on by Leisure Services, such as dodgeball and spikeball.

Holden Sanderson, a sophomore at SNU, has been participating in intramurals ever since he attended SNU during his freshman year. He also enjoys playing intramural volleyball at SNU. Holden added, “I enjoy competing with my friends.” Holden also participates in other intramurals that happen on campus, such as flag football and spikeball.

SNU students can also look forward to a Virtual Marathon coming up in the month of October as well as a Halloween 5k. Sign up in the SNU Intramurals app if you want to participate! For more information about “E-sports” and SNU intramurals, contact Leisure Services at Intramurals@snu.edu.