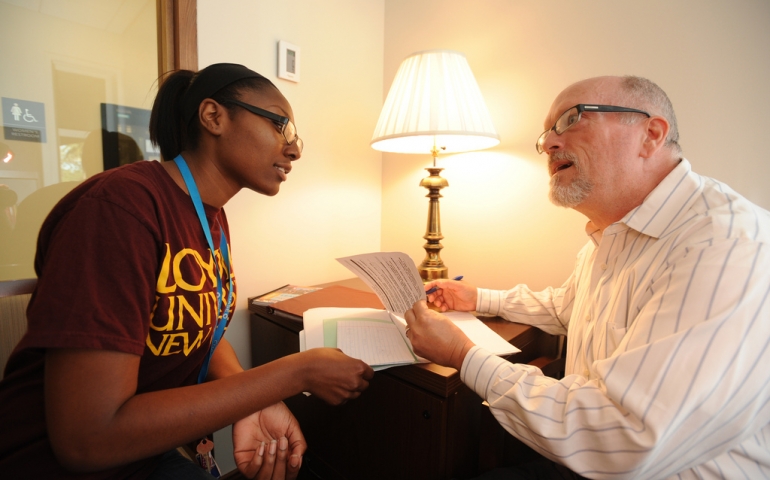 According to recent studies by Liz Freedman from Butler University, 75 percent of students will change their major during their college career, and anywhere from 20 to 50 percent of students are undeclared in their first year of college.  While these numbers may seem shocking, one only has to take a look around at Southern Nazarene University to realize that these statistics are true. Kayla Feland and Heather Finch are a part of this growing majority.

“When I came to SNU, I didn’t know what I wanted to do or where God was leading me in my life,” said Feland, sophomore. “I declared business because I thought, ‘No matter where you go you’ll always be working for some kind of business even if it’s your own.’ So I started my college career freshman year with a bunch of Gen. Ed. [classes] and a Computer Applications for Business class and realized business was definitely not for me!”

Now a psychology major, Feland understands the fear people have toward the idea of switching majors.

“It’s a scary thought to switch because if you do you’re technically already behind, and if you are too far behind you face the prospect of financing another year of college,” said Feland. “Switching majors is never something to be taken lightly, but it is not the end of the world if you do.”

When asked why she thinks college students change areas of study so many times, Heather Finch thinks it is not about “a fear of commitment” to a certain field of work.

“I think the main reason people switch majors so many times is because they have a fear of being trapped in something they hate,” said Finch, junior. “I like to think of picking a major as a process, a journey of self-discovery.”

Finch, who switched her major four times and ended up in the English department, believes it is natural to change majors at least once.

“I don’t think every major can be assessed at face value because it’s only when you’re in the major you can determine whether you do or don’t like it,” said Finch. “I changed because I decided to just dabble in different areas that I am passionate about and find things that I’m good at. In the end, I found my favorite field.”

Changing majors is an ever-increasing trend in colleges across America, and the decision to switch has had a positive effect on many students even here at SNU. If you are thinking about joining this trend, your advisors are available to help you with this decision. For more information on college students changing majors, go to: http://dus.psu.edu/mentor/2013/06/disconnect-choosing-major/.