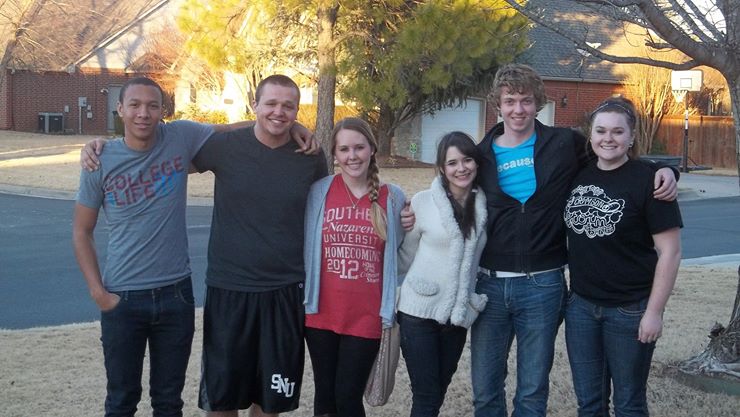 We all, at some point in our lives, will meet someone that will leave behind a mark on our hearts. This mark leaves such an impact that we carry it all throughout our lives. It reminds us. It changes us. It is ever present and always constant. At the end of the day, we hold this mark closely and dearly within our very souls. It becomes part of us.

I have had the honor and blessing of meeting that someone who truly impacted my life greatly. Her name was Malorie Chapman. 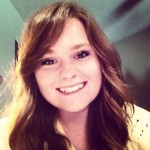 Many of us knew Malorie. Many of us called her our best friend, our roommate, our relationship-advisor or our spiritual confidant. For some of us, she was an exceptional student, a friendly acquaintance, a familiar face. Only a few of us had the blessing of calling her granddaughter, daughter, and sister. However, for those who don’t know who Malorie Chapman was, I would love for you to have the pleasure of knowing her mission, her battle, her victory, her story.

Malorie was born and raised in Bakersfield, California by her loving parents, Bill and Allison Chapman. She was the baby in her family; she and her oldest sister Brooke were inseparable and the best of friends since birth. Anyone who knew Malorie could tell you how much she truly loved her family. She would spend many weekends with her family dirt bike riding, camping, shopping with her mom and going out with her sister. Most of all, Malorie was very involved with Bakersfield First Church of the Nazarene, where she found another family that surrounded her with much love and support. Malorie knew in her heart God had called her to reach out to those in need. She had much compassion for special needs children and desired to someday work with children who struggle with autism, ADD and other disabilities. She knew she wanted to find a place she could call home, she wanted a Christ-centered community that would guide her as she found her purpose. Her passion to seek Christ and what He desired for her in her life led her here to Southern Nazarene University, where she became a student for two years.

I am pretty sure Malorie would agree with me that SNU became like a second home to her. She loved many of the students, professors, and staff members here, and I know that we all loved her back very much. She came into SNU with a vision to serve others. She wasn’t quite sure exactly where, how, or what, but she trusted God despite her uncertainties and fears. She had once said herself, while talking to a high school friend, that “Everyone is afraid of the unknown, and that’s where your faith in God makes those feelings and thoughts go away, and then you know everything is going to be alright.” 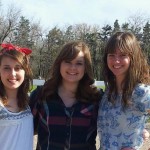 God opened doors and closed them; yet, he still managed to shine through the open windows in her life even in her darkest times. It was during the month of November when we found out that Malorie had acute myloid leukemia. After that, the rest of the year of 2013 was like a battlefield. Malorie endured chemotherapy, surgeries and bone marrow biopsies, just to name a few of the medical treatments she received. There were times when she felt like she had fallen into a deep hole, and she wanted to give up – yet, her faith in Christ strengthened her, and she never gave up her battle. Throughout the year, she and her family received many blessings. SNU took her and her family under their wings and provided food and a place to stay. During one chapel in December, students were able to reach into their pockets and dedicate a substantial amount of money for the Chapman family as they traveled across the United States to be with their daughter and loved one while she endured cancer treatment at Integris Hospital. Then, that December, Malorie’s life-long best friend Nick VerMulm proposed to her at her hospital bed. Many people surrounded her with prayers, hugs, comforting words and encouraging letters. Her battle become every person’s battle, and we all fought leukemia along with her. Even though it was a time of struggle, disappointment and discouragement, God blessed Malorie with beautiful people she could laugh with, cry with, pray with, and hold onto. Malorie would say even then she was being blessed.

At the end of the long and hard battle, Malorie won. On May 2,  2014, she beat the leukemia and went into remission. However, the time of rejoicing was short-lived. The months of chemotherapy had left her without a functioning immune system. An infection invaded her kidneys, and ultimately, that infection took her life on May 18, 2014. 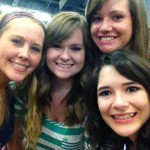 I can’t say why this happened. I can’t explain why someone with such a beautiful heart and personality had to endure so much pain. However, what I can say is that God uses every situation, no matter how terrible, heartbreaking and dark to shine His light and open the eyes and the hearts of His people. Through Malorie, many souls were challenged. Many hearts changed. Many came closer to God. There was transformation and growth. Many who did not know Christ as their savior now believed in the savior Malorie had fallen so deeply in love with. Even while she fought leukemia on her hospital bed, Malorie was able to spread the love of Jesus to others. Jesus created a beautiful testimony with her life. Not leukemia, not chemotherapy, not even death could keep her from telling the story of how Jesus had impacted her life and how he changed her and used her. The beautiful thing in all of this is that Malorie continues to speak now to us through her story. Her life became a testimony of what it means to fight for hope with unwavering faith. To me, that is her victory.

I encourage you all who read this to please pray for the Chapman family. If you knew Malorie, or even if you would just like to talk about someone who had impacted your life in the same way, use #maloriespeaks on Instagram, Facebook and Twitter to help continue her story.