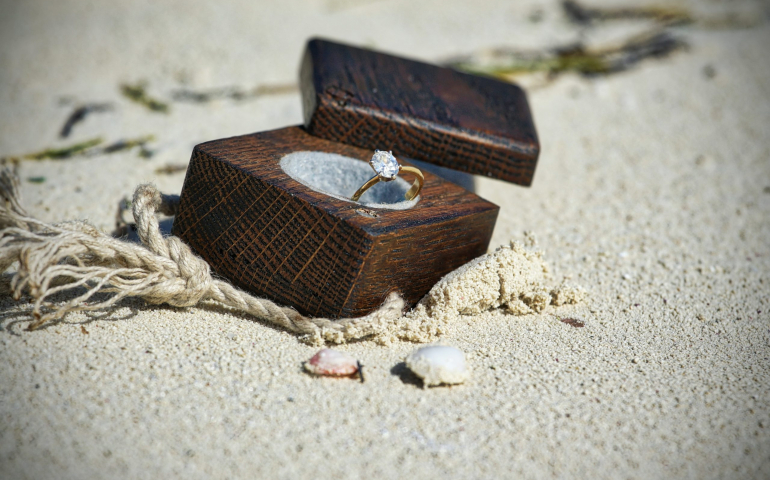 What if you were picked out of a crowd of a thousand people to marry an international superstar? Well, ironically that’s what happens in Jennifer Lopez’s new movie Marry Me. Lopez plays the role of an international superstar, Kat Valdez. Starring alongside her is Owen Wilson, who plays the role of Charlie Gilbert, a divorced dad who is a math teacher. Maluma is also in the movie playing the role of Bastian, a Colombian pop sensation.

Just as Kat is about to go on stage and marry Bastian in front of a live audience, news breaks out that her “soon to be husband” has cheated on her. While feeling betrayed, she decides that the show must go on. Instead of marrying Bastian, however, she picks a random stranger (Charlie) in the audience holding up a “Marry Me” sign. As the movie progresses, the two characters have to decide whether they are actually fit for each other or if their worlds are too far apart for them to work out.

This movie’s plot line has that nostalgic rhythm of an early 2000s rom-com, however, it goes way beyond cheesiness. The plotline is almost so outrageous that it is hard to take the dramatic parts of the movie seriously. Since the movie is heavily focused on Jennifer Lopez’s character, you almost miss the chemistry of the characters. Sure, there are plenty of scenes with the couple together but it just felt like they were way more focused on her plotline than Wilson’s character.

I really enjoyed Owen Wilson’s character the most. It was interesting to see his character try to adapt to the glamorous lifestyle while also trying to balance his lifestyle of being a teacher. I tried to like Jennifer Lopez’s character, but she seemed so narcissistic. It would have been nice if her character had more depth.

Overall, I would give this movie a three out of ten. Not super terrible, but not the greatest either. However, if you love cheesy romantic comedy movies I would recommend this to you!

Photo by Peter Hansen on Unsplash