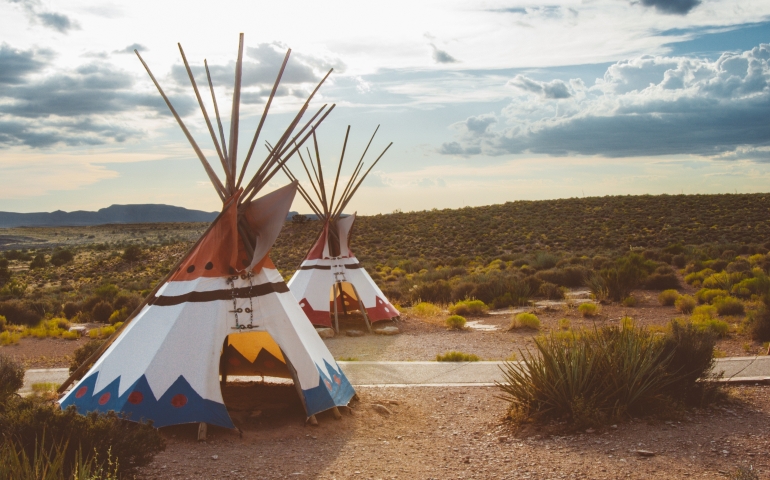 In 1990, President George H.W. Bush approved a resolution to designate November as Native American Indian Month which was later changed to Native American Heritage Month. This is a time set aside to pay tribute to the first Americans. Amidst changes, Southern Nazarene University (SNU) continues to honor this month and group of people here on campus.

This month, SNU has hosted several events to honor Native Americans and educate students on traditions that people outside of the tribes may not know about. SNU hosted three events aimed at making an effort to unify and inform.

The first event hosted included a Native American dance group. Students and faculty met with the intention to learn about traditional garb and watch performances of traditional dances. Little did they know that the crowd would be asked to join in! Students came to the floor and danced beside the dance group as they learned the steps and meanings behind some of the dances.

There was also a Native American Heritage coffee shop talk where people grabbed warm drinks and joined in on discussion about this month and its significance. Alongside the coffee shop talk, there was a Native American heritage movie discussion event. While all of these events were fun to attend, they also were effective in enlightening students in a responsible and respectful way on a culture that may be new to them.

Dr. Lauren Brand of the History Department here at SNU spoke on these events, saying, “By attending or participating in events for Native American History Month, students can learn things that may help them understand the contexts in which indigenous peoples live today. This seems particularly important to me because we are in Oklahoma which has the second largest population of indigenous people in the nation. We need context to understand the issues that face our Native American neighbors today.”

Right before the month of November began, the White House released a statement that President Donald Trump signed, renaming November to be “National American History and Founders Month.” The addition of “founders” as well as the subtraction of “Native” has created mixed feelings from the public.

The statement from the White House includes the following quote: “Studying our country’s founding documents and exploring our unique history—both the achievements and challenges—is indispensable to the future success of our great Nation.” This is some of the reasoning for the new title for November.

Some students feel that this new title takes some of the focus away from the study of Native American history and the respect that the month deserves. Student Stevie Jackson commented on the subject, saying, “I feel like it is just another effort to whitewash a holiday meant for a minority group here in the United States.”

Dr. Brand added, “I think we have plenty of monuments, museums and celebrations for the ‘founders’ of the nation, particularly the white male ones. None of this history has ever been de-emphasized in American schools or in American culture.”

Clearly, this is an issue that is very close to home here on SNU’s campus, situated in the heart of Oklahoma. It is important to remember to celebrate different groups that surround us and learn about other cultures. Don’t forget to ask questions, celebrate differences and never stop learning.

(Photo by MJ Tangonan on Unsplash)