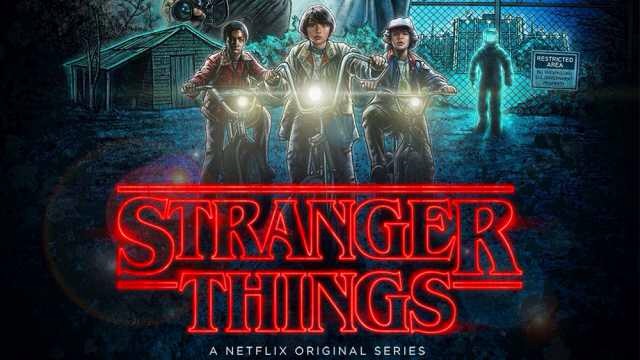 “Stranger Things” is being called the greatest Netflix original series and one of the best series by many critics. The question on my mind was “is this really worth all the hype?”

In a poll conducted from individuals at SNU, the results displayed some varying responses. Jackson Witt, a junior/sophomore, held the series in high acclaim saying “it makes you think and gives you an appropriate conclusion.”

But not all people thought this series was all it was cracked up to be. A source who wishes to remain anonymous said the series was “nothing new” and “it just hit the right audience at the right time.”

Becca Janka, a sophomore, who hasn’t finished the series yet and was somewhat underwhelmed with the experience, said “I enjoyed it so far, and I’m curious to see the conclusion, but I don’t think it was up to all the hype it was getting.”

The overwhelming consensus, however, is that “Stranger Things” is worth the many awards it is receiving.  It has won the following awards:

My own opinion erred toward the positive reviews. The show has so many good things going for it, and it was hard to look at it critically. What made the show so great overall was the pacing. Instead of trying to fill the season with extra unnecessary episodes, it kept with 8 concise episodes that told the audience exactly what they wanted them to know, and never revealing too much about the mystery at any one time. The storytelling process is similar to that of “Jurassic Park” or “The Goonies.” Playing off of these storytelling styles, it’s no wonder “Stranger Things” received so much critical acclaim.
To conclude, “Stranger Things” was creative, mysterious, and well told. This series will go down as one of the greats. A warning for those that haven’t watched it yet, don’t watch it with any expectations. Let the series surprise you with its nostalgic feel and great cast. They are currently making a second season. Although I don’t expect it to be as good as the first, I find myself looking forward to the opportunity to dive into the world that is “Stranger Things.”

[author image=”http://echo.snu.edu/wp-content/uploads/2017/01/IMG_0447.jpg”] Garrison Bluhm, Staff Writer
Overqualified Freshman, Probably a Mass Comm major. As the head authority on procrastination he is also dedicated to certain skills like pointless knowledge. As the author of “I didn’t Actually Write Anything of Merit” he is well versed in many forms of poetry and scholarly articles. He now lives in the upper elevation of Snowbarger dorm with his forced roommate Daniel.[/author]