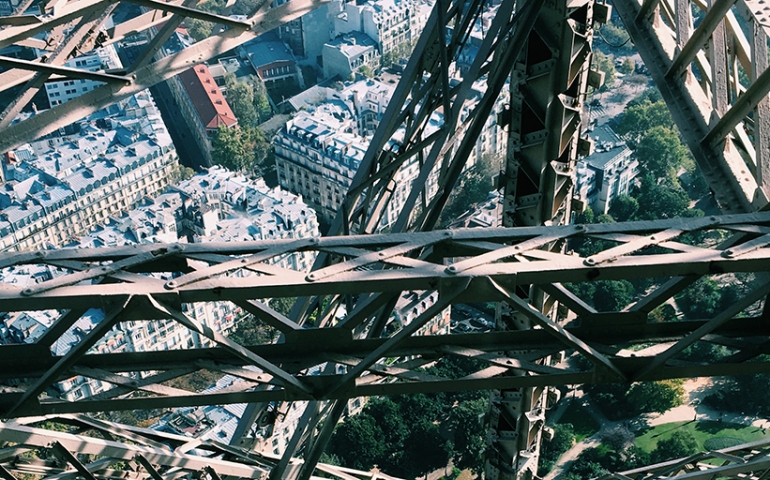 It’s been more than a month since my last article and a LOT has gone down in that short amount of time.

It has become almost second nature to look at a menu in German and simply accept the fact that I have no clue what it says and reach for my phone in hopes that Google translate will help me out. I no longer stress out about wifi (because my amazing roommate is letting me use his, so I don’t have to spend half of my life in the common room to have access to the rest of the world). I buy groceries at the Penny Market like it’s no big deal. I’ve become much more comfortable with public transportation, but not so much as I’m still running late for, basically, every class.

The month of October was relatively quiet as far as crazy events. Halloween came and went without so much as a fake pair of fangs or some of those crabby patty snacks from trick-or-treating. Although, I did go see “Girl On the Train” and officially declared myself a despiser of corkscrews. I also managed to catch a quite nasty cold at the end of October. I spent an entire Saturday curled up in bed so exhausted that I couldn’t even bring myself to make dinner. Even a week later I am still striving to overcome the last vestiges of the sickness by splurging on snacks because “I deserve it.” But the slightly sore throat and continuously runny/stuffed nose is continuing to try my patience.

(It’s amazing how often we as a society take for granted the joy that is a non-runny nose.)

Not wanting to turn this into an article complaining about my woes, I will instead talk about the highlight of the month: my weekend trip to Paris.

(Just to make sure you read that correctly, I said P A R I S.)

After a rough start to the trip where Catie and I (the only two able to go) almost missed our plane, the two of us finally made it to Paris as the sun was setting. At least that is what I’m assuming the sun was doing, since it was raining harder than the tears of a hipster when a record store opens up next to their favorite Starbucks. It was cool to walk the streets of Paris in the rain, but only for the first 20 minutes, which is about when you notice the wet cigar butts littering the streets like so many watermelon seeds at a fourth of July picnic. Both of us were exhausted and somewhat bummed out by the rain, so after we settled into our hostel the two of us set out to find food so we could go to bed. In a way, I suppose it’s appropriate that my first meal in Paris was Domino’s pizza, Oreos and Pringles.

(Fun fact: There are desperate, depraved people in this world who are willing to steal a tube of Pringles from a hostel room for some reason, and I’m still kind of bummed about my stolen can of Sour Cream and Onion Pringles)

The next morning, not really knowing what to expect weather-wise, Catie and I set out to see the fabled structure of Parisian life: THE EIFFEL TOWER. When we finally saw the tower shrouded in mist, it was a moment where both of us turned into complete idiots, gawking and taking selfie after selfie in an attempt to capture the fact that we were in PARIS. When we finally reached the entrance, we not only got an eyeful of the tower but also of some very intimidating guards carrying rifles. I immediately felt like I was walking out of a store without buying anything. I kept repeating “I haven’t done anything wrong, I didn’t steal anything, I haven’t done anything wrong” while avoiding eye contact and attempting look as casual as possible.

(Please tell me I’m not the only one who does this.)

In excitement undaunted by the military apparatus, Catie and I took our places in line to walk up the stairs. Cate started shivering from the sharp wind despite the gradual appearance of a much-needed sun.

“What do you expect?” said a voice from behind us. “You’re wearing Birkenstocks without any socks!”

Our guardian angel had arrived in all her Australian glory.

Destiny has a funny way of tossing you a bone when you least expect it. In what both Catie and I agreed was a veritable act of God, Amanda came into our lives to make our first day in Paris truly magical. As we climbed the seemingly endless stairs up to the first floor, the three of us discussed her students back in Australia, our school back in Oklahoma, and how much we had all changed since arriving in Europe. We ended up eating breakfast together and taking picture after picture of the whole experience. Afterwards, Amanda declared that she had officially adopted us.

(If you get the chance to have an Australian teacher adopt you, TAKE IT!)

Here’s what we did:

We ended the day sitting in an empty fountain in front of the Eiffel tower and watching the famous structure light up as we nibbled on meat, cheese, and bread for dinner. We discussed life, love, society and community — as peddlers came up and offered us mini eiffel tower keychains and bottles of cheap wine for a “special price.” While we sat there, it occurred to me how amazingly lucky Catie and I were. Any other time and any other place, we would not have met Amanda and gone on the most amazing Parisian adventure ever. We told secrets, shared stories, took pictures and laughed together like old friends instead of strangers who had met 12 hours ago.

(Catie and I have so many inside jokes from that dinner it’s ridiculous.)

It’s nice to know that people have a way of coming together in an unexpected way. Meeting an extraordinary woman like Amanda, who encouraged us to live our lives to the fullest because we have been presented with a wonderful opportunity to study abroad, reminded me in many ways to have faith in humanity. Good people are out there, and when they come into your life, it stands as a reminder of how wonderful life can be.

I hope you get to have your own version of a Parisian adventure. 🙂