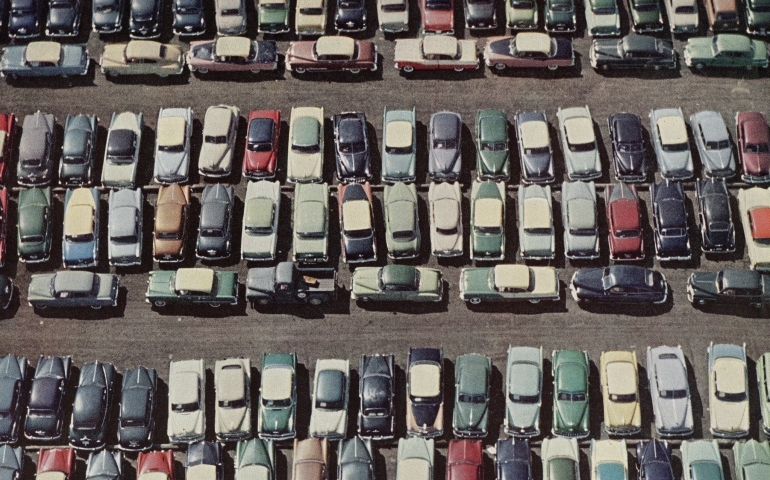 [author image=”http://echo.snu.edu/wp-content/uploads/2015/09/CullenJones.jpg”] Cullen Jones, Staff Contributor
Cullen is currently a junior at Southern Nazarene University and majors in mass communication. He is an urban explorer and photographer from Oklahoma City, and enjoys all things related to art and music. [/author]

You’ve probably heard the complaints at some point. There seems to be a lack of parking spaces around campus. What’s the deal? The rising number of student enrollment mixed with the adult studies night classes and the numerous athletic events are all causing frustration among students.

In some instances, people are forced to walk clear across campus depending on the time of day in which they park. There seems to be a growing number of students who commute, which with faculty and staff, fills up a good portion of spaces during the day. The addition of the J.D. and Mary West Science Laboratory two years ago has been great for both the university as well as the students; but it came at a price. The current parking lot on the south side of the building and east side of Royce Brown has seen its size literally cut in half due to the location of which the science building was built.

With the Adult Studies department located on the second floor of Royce Brown, this makes the parking lot seem like “Carmageddon” at night when there are classes in session. That also plays a significant factor on nights that SNU has a home basketball or volleyball game in Sawyer. Since Sawyer’s lot is small, visitors are left only with the option of fighting for spots at Hills and Royce Brown.

I asked Carolyn Winslow, a junior music major, how she feels about the parking situations around campus. She replied, “There’s definitely not enough parking. It’s hard for me to find parking at Hills in general, especially when there are games going on. The parking lot at the music building is the worst. There is not enough space to back your car out easily.”

When I asked Winslow what should be done about the parking dilemma, she said, “I would suggest building a parking garage. A lot of people have been complaining about not being able to find parking spaces.”

The lack of parking can cause major inconveniences to those who have to park far away. With this being Oklahoma, the weather can be unpredictable at times, which has the potential for treacherous walks across campus to those who must walk far.

The more students continue to advocate for more additional parking spaces around campus, the more likely our voice will be heard and progress can be made. My personal suggestion is to build a lot on the east side of Hatley Hall, which would open up more options for events at Sawyer. That would have a trickle down effect where Hills residents could have their parking back and not have to fight for spots at Royce Brown.

What do you all think? We would love to hear your opinions.