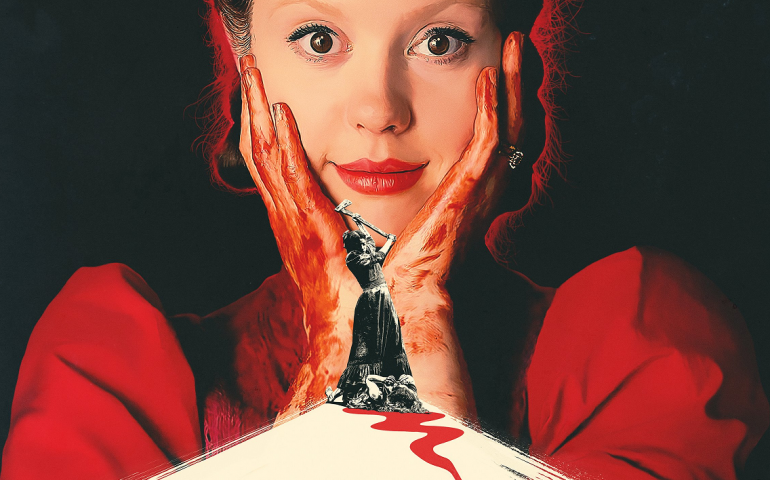 At the very end of Ti West’s slasher film, X, audiences were treated to a teaser for a prequel coming just a few short months later, called Pearl. This film serves as an origin story for one of Mia Goth’s two characters in X. Suddenly, what was a one-off film has become a new horror franchise, all led by a really interesting auteur and a great leading lady, who really gets to shine in this film.

Pearl, set in 1918, tells the story of a young farm girl named Pearl (once again played by Goth, this time not under as much makeup), who dreams of becoming a dancer in “the pictures,” but cannot seem to escape from under the thumb of her domineering mother (Tandi Wright, appropriately and delightfully mean), while taking care of her sick father (Matthew Sunderland, doing a lot with very little available movement). Over the course of the film those dreams turn quite desperate, and more than a little violent, as she spirals further and further down into her sickest tendencies.

I thought X was a very good, but not quite great, throwback to the slasher films of the 1970s and 80s. The film got a big boost from great performances from the entire cast, as well as a darkly funny streak of humor packed into all of the kills. However, what stuck with me the most was the subtle undercurrent of sadness running though the film, coming to the forefront in the third act, where one character tells another that their dreams may very well not work out. That streak of sadness is even more present in Pearl.

This film as a whole, however, is a completely different beast. It’s another horror story, but it is presented as if it was a classic Hollywood film, such as The Wizard of Oz, with beautiful cinematography by Eliot Rockett and an amazing score from Tyler Bates and Tim Williams. The first half of the film was interesting, and I saw what it was going for, but I didn’t fully understand where it was going. However, about halfway through, there came a scene set at a dinner table during a rainy night that made everything click into place for me. From that point on, I absolutely loved the film, as it kept careening into one horrible event after another, ranging from a dance number, to a horrible fate for Pearl’s lover (David Corenswet, very suave and charming), to a go for broke ending that takes the idea of moral decay to a whole new level.

Goth is absolutely stellar in this film, giving what could have potentially been a one dimensional descent into madness an amazing amount of sadness and dignity, both in the aforementioned dinner table scene, as well as in a 6-minute-long monologue–all done in one unbroken shot that I found to be riveting. This is the kind of performance that deserves awards consideration, but unfortunately it probably won’t get any, as the Oscars hardly ever give any attention to the horror genre. It’s a shame, though, because it’s truly amazing work.

Pearl is a startling, weird, sad little movie being made under the guise of being a technicolor fever dream. It won’t be for everyone, but even if you don’t like the horror aspects, the performance by Goth is one to remember, capping it off with a positively disturbing final shot. I loved this thing.