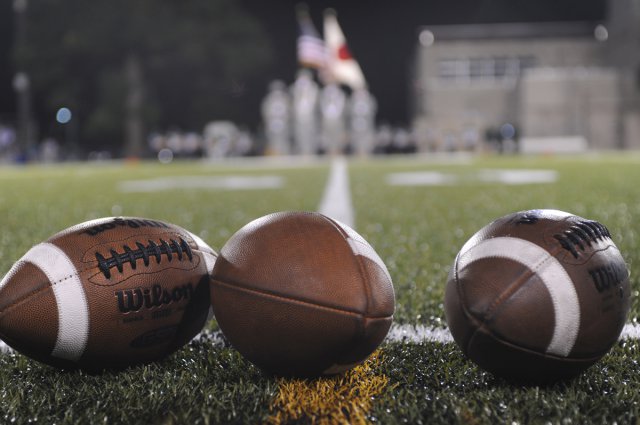 Saturday, October 7th was the perfect night for any sporting event. The weather was a cool sixty-five degrees. The wind was blowing in a way that was suitable for any athlete that would play sport that night. The sport of choice on Saturday was football, but it was different from any other kind of football. It was powderpuff football. Powderpuff football is a game that separates the weak from the strong. It is not for the faint of heart.

I had the privilege of talking to the coach of the sophomore/senior team, Jordan Harding, before the game. Harding is coaching powderpuff football for the fifth year and he carried a three win and one loss record heading into tonight’s game. Harding stated, “Defense wins championships. Offense wins you games, but defense wins championships.” Since there is always one powderpuff game, Harding believed his defense would lead him to a championship. Jordan Harding overflowed with confidence in his team before the game.

Fans began to pour in right before kickoff. They were first caught off guard by the abundance of male cheerleaders wearing some very odd clothing to say the least. But once the game started, the fans could not take their eyes off of the field. Typically, football teams take time to feel the other team out, but not on this day. Both teams came out throwing haymakers and giving it their all. The entire first half was a back and forth battle. One team would take the momentum, and the other team would take it right back throughout the entire first half. The first half was extremely contested, but that was just a precursor the rest of the game.

During halftime, we had the pleasure of watching a beautiful, tantalizing and unmatched performance by the cheerleaders. There are so many words that you could use to describe what they did out there. But the most apt description of what the cheerleaders did was unique. You may never see a performance quite like it again in your entire life. But it was time to get back to what everyone came to see.

The freshman/junior team scored a touchdown to take the lead with around 3 minutes left. The sophomore/seniors drove the ball to around midfield with a minute and thirty seconds. They were stopped on fourth down, and the other team received the ball. All hope seemed lost for the sophomore/seniors, but their coach continually told them all they need is to stop them on these next four downs. Harding, said earlier that defense wins championships, and his team mustered down deep to make four consecutive stops to get the ball back.

The crowd was completely invested in the game at this point. Would the sophomore/seniors be able to drive down the field or would the freshman/juniors make the stop of the century? The sophomore/seniors relied heavily on the legs of Sam Stitt. She carried the ball on each play until they got to the one yard line with around six seconds left. This play would be the ultimate deciding factor of the night. The ball was snapped, and quarterback Paige would take the ball straight up the gut and cross the plain to score the game-winning touchdown for the sophomore/senior team.

A wide variety of emotions were let out after the game. Frustration, joy, anger, hope, sadness were just some of the emotions that came out after game, but that should not take away from the unbelievable performances that came from both side by all women. The lights were bright, but the football players shined even brighter!