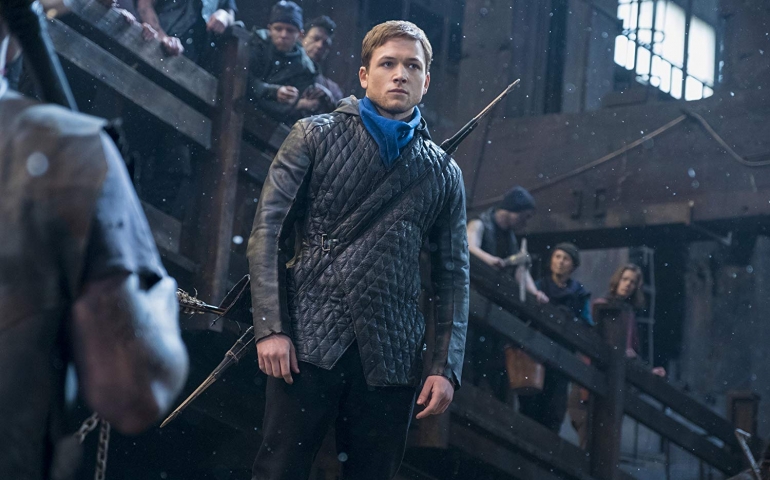 The basic legend of Robin Hood hasn’t changed in any of the prior interpretations, and this one is no exception. Robin of Locksley is wealthy and owns his own land; he has a good life and falls in love with a young woman with similar morals to his own, her name being maid Marian. Marian and Robin fall in love, and all seems well until Robin gets drafted into the crusade. Robin goes to war for four years, and when he comes back, everything he had has been taken from him. His land was seized by the sheriff, and Marian has been taken from him as well 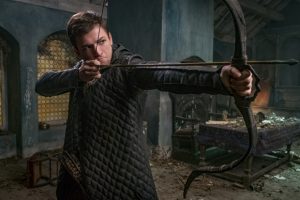 Even though the movie is not the best of the Robin Hood films, the acting from the cast brings this movie up a little bit. Taron Egerton, Eve Hewson and Jamie Fox are astounding in this movie. Jamie Fox, known for his role in Baby Driver and as the villain in The Amazing Spider-Man 2, plays Little John and has maybe the best character development and subplot of any other character in the entire movie. Taron Egerton, known for his work in Kingsmen and Testament of Youth, plays Robin of Locksley and does a great job in portraying such an iconic character. 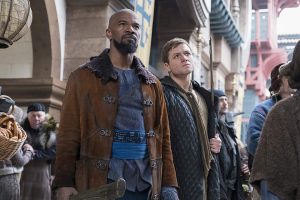 The movie may not be great for people wanting a super in-depth Robin Hood movie, but it is the kind of movie you go into and turn off your brain, watching some cool action scenes with good acting; yet, the story doesn’t delve deep into any of the characters. This movie is not the best Robin Hood movie, but it still is a movie worth watching– just maybe not until it reaches the dollar theater.