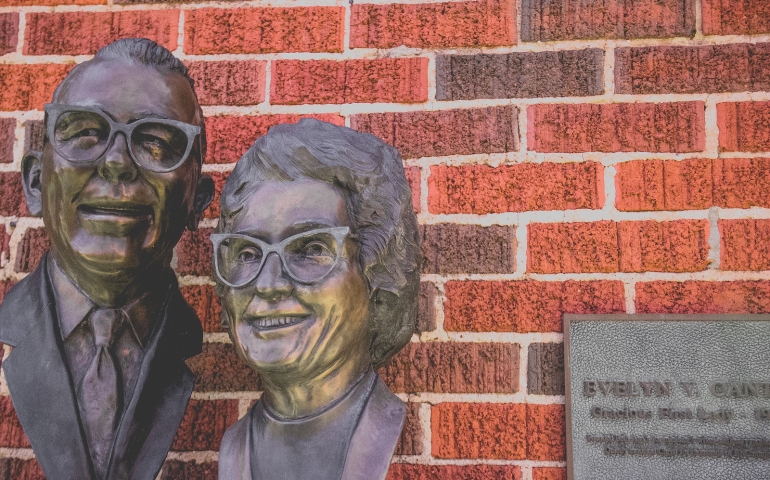 In the summer of 2015, when the Supreme Court ruled that same sex marriage is legal in the United States, the administration of SNU immediately decided to put in writing the university’s beliefs and values into a covenant that all faculty and staff would sign. One of the people who has been a part of the conversation about the covenant from the beginning is Dr. Melany Kyzer, Vice President of Academic Affairs.

“I was on two, maybe three, phone calls that…[were] sponsored by CCCU (Council for Christian Colleges and Universities) and the Christian Legal Society,” said Kyzer. “Those groups [during these conversations were] talking about the Supreme Court decision and how it affects schools… religious affiliated or denominationally owned.”

These phone calls included many attorneys, who gave advice on what the Supreme Court decision means for SNU.

Kyzer explained that the covenant is meant to define who the university is in greater detail so that SNU is seen by the U.S. government as in line with the Church of the Nazarene’s beliefs and values.

“Our faculty… have for years signed a contract that said something to the degree of ‘As a member of the faculty, I agree to adhere to the policies and procedures of Southern Nazarene University and the Church of the Nazarene.’” Kyzer continued, “In some of the discussions, [we discussed that] we need[ed] to define [our policies and procedures] a little bit more, so that the people know that [our] faculty know[s] who [we] are and what they have agreed to…This [covenant] just spells it out.”

The first draft of the new covenant was drafted by an attorney that went to a conference in New Orleans in September, which discussed how the Supreme Court’s decision affects Christian colleges and universities. The draft was modeled after the current version of the lifestyle covenant that SNU students sign every year. This version was then sent to the faculty in December.

“I took that draft and sent it to the faculty; I also sent them a poll. I took every statement on [the lifestyle covenant]… left an empty blank [beside each statement] and said ‘If you are okay, with this statement, say yes; if you’re not, explain what your concerns are,’” said Kyzer. “In January at our faculty meeting, we divided up into colleges… and [took] the concerns that were expressed from our poll and fleshed those out. We came back together [and] Dr. Gresham responded to each of those concerns. Then, we followed up with six faculty meetings through the colleges, [where] Dr. Gresham and I met with faculty, and asked them to share their concerns with us even more.”

According to some of The ECHO’s sources, some faculty have disagreed with the first draft of the covenant’s wording, specifically a portion that prohibits “gender nonconformity” and “homosexual behavior” among faculty and staff members. The other concerns that have been expressed is what verbs will be used in the final version and if the wording closely adheres to the Church of the Nazarene’s manual.

“Some of [the faculty] didn’t like it because it had statements in it that are not in the manual,” said Kyzer. “[Also], there was a lot of discussion on what verb to use. Do I adhere to, do I support, do I promote, do I respect? [We] want[ed] to make sure [we] choose the right one, that says what we need it to say, and that faculty feel like they can sign.”
After all of these meetings, the Board of Trustees approved a subcommittee, which includes Dr. Kyzer, to draft the final version.

“In February, a subcommittee was appointed of three board members, the faculty Senate President, the Staff President, the Chair of Theology and Ministry and myself,” Kyzer commented. “The subcommittee read through all the faculty [and staff] responses [to the poll] so they could understand the concerns. [We] have met and done revisions, and are ready to submit to the Board of Trustees.”

The subcommittee has agreed to not show or discuss the final version to the staff and faculty before it goes to the Board of Trustees for approval in order to avoid creating more rumors and angst. However, Dr. Kyzer assured me that the final version is “in line with the church manual.”

“There have been a lot of feelings–some frustration, some anger. [Yet] there have been some [faculty] who said ‘I’ll sign it today.’ The committee [decided] that we don’t want to create any more angst,” Kyzer emphasized. We want to read what the [faculty and staff] said, understand what they said, and make the revisions that we feel are appropriate.”

Kyzer also emphasized that the subcommittee is also attempting to give the staff/faculty more time to contemplate whether or not they can sign the covenant before the contracts are distributed in March 2017.

“It has been my dream to get it to the May meeting of the Board of Trustees, because I want faculty to have plenty of time to decide whether or not that they feel like they can sign it.”

As for disciplinary actions regarding the breaking of the covenant, Kyzer stressed that it is all about integrity.

“There is a sentence in there that read, ‘There will be disciplinary consequences’… that language has been changed. We realize that [that particular statement] is threatening.” Kyzer continued, “That is not the intent [of the lifestyle covenant] whatsoever. It is the intent to say ‘This is who we are as a church school.’”

Kyzer ended the interview with a discussion about why the school believes the covenant is necessary.

The ECHO has learned that SNU has already obtained an exemption for parts of Title IX from the Department of Education. This exemption allows schools who feel as if Title IX goes against their religious beliefs and values to not follow the government regulations in regards to athletics, families and housing. Some faculty, staff and students have questioned why we need to have a new lifestyle covenant when we are already protected by the Title IX exemption. Thus far, SNU and NNU (Northwest Nazarene University) are the only Nazarene universities to receive this exemption. For more information on the Title IX exemption, click here.