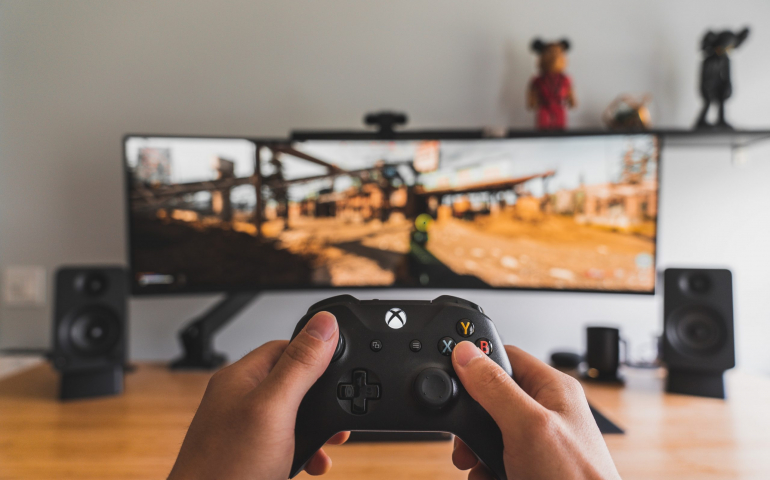 SNU’s Esports Club is a new club on campus this year and is open to any interested students! If you like to play casually, single-player, competitive, MMORPG, or even something as old as Pong, then you’re welcome to come out on one of the open play days and hang out in the club room with other like-minded gamers. Even if you do not play video games at all, it’s a great place to just hang out with other people and to perhaps find a new interest!

The Esports Club meets in the the computer lab of the Don Beaver Science building, Room 217. The computer lab has ten different gaming console setups, including two Nintendo switches and one Xbox Series S. These consoles include a variety of single-player games, whereas the PCs that line one side of the room are set up for multiplayer and collaborative games. It is created to be a space of easy-going fun, as well as good-spirited competitiveness.

The Esports Club was originally formed to be able to compete in many games against other schools that also had similar programs. “I wanted it to be a way for people who play games to be able to join a community of like-minded gamers when they may not have had access to anything like it outside of their friend group,” sophomore Drew Middendorf said when asked why he set out to create the program along with Zane Wright, and Ben Martin, and myself.

The competitive video games available to play in the Esports Club also have available teams. Of the founders, Wright is on the Rocket League team, while Martin, Middendorf, and I are on the Halo Infinite team.

Martin, when asked about the benefits of the Esports Club and what it means to him, said it gives him a chance to “be on a team” despite not being involved in any sports here at SNU.

The purpose of the club is ultimately to be a way for people to get connected with others over a shared interest in an area not previously explored by clubs here on campus. If you would like to know more about this club, message SNU_esports on Instagram, Twitter, or Tiktok to get connected!

Photo by Sam Pak on Unsplash