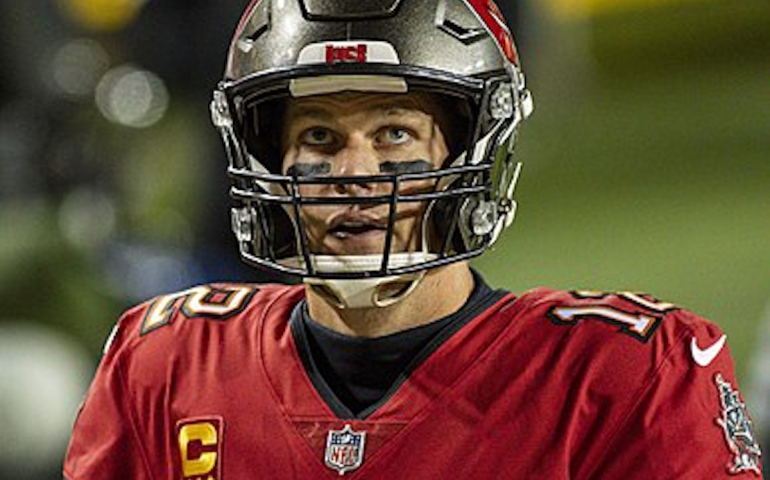 Last night, Tom Brady and the Buccaneers got a 31-9 Super Bowl victory in their house. For the first time in Super Bowl history, a Super Bowl champion has been crowned in their own stadium. Brady finished 21-29 for 201 yards and 3 touchdowns and ended the GOAT debate.

Elijah Brady, who is a big Tom Brady fan, spoke of Brady highly. “There should not be a debate anymore, he proved he’s the greatest,” Brady said. Mahomes, on the other hand, had a frustrating night throwing for 270 yards and 2 interceptions. Coming into the game, Mahomes has never lost an NFL game by two possessions, but that ended tonight. The Chiefs struggled to get in any offensive groove Sunday night and went 3-13 on third down.

The biggest story was the Tampa Bay defense, who made Mahomes very uncomfortable most of the night. They allowed 350 yards, but most of those yards came late in the game. The defensive anchor, Devin White, finished the game with 12 tackles, and an interception that sealed the game for the Bucs. White has been a sensational linebacker all year, and he stepped up when it mattered most. The Bucs held Edwards-Helaire and Williams to a combined 69 yards rushing.

The Chiefs were missing a key offensive lineman tonight in Eric Fisher, and that was a key factor. The Bucs defense was able to get 3 sacks, and 8 quarterback hurries to Mahomes. Not many people thought the Bucs were going to get this much pressure on Mahomes, and it felt like they were in Mahomes’ face all game. Ndamukong Suh played a big role, getting 3 tackles and a sack on Mahomes. The Bucs defense has been a force all year, and they showed out tonight, in front of the Tampa Bay fans.

Many expected this matchup to be a shootout like it was earlier in the season. Austin Slate, a big NFL fan, was shocked by the score. “I totally thought the Chiefs were going to put up a lot of points, and definitely did not expect them to have 6 points at the half,” Slate said. It was very shocking to see the Chiefs’ offensive struggle because they were on a tear throughout the year.

There are not many questions heading into the offseason, but there can be improvements. It’s all about getting threats on the defense and improving that offensive line. They have all the weapons you need to compete for a championship. It’s safe to say, this won’t be the last time you see Mahomes in a Super Bowl. There’s many more to come.