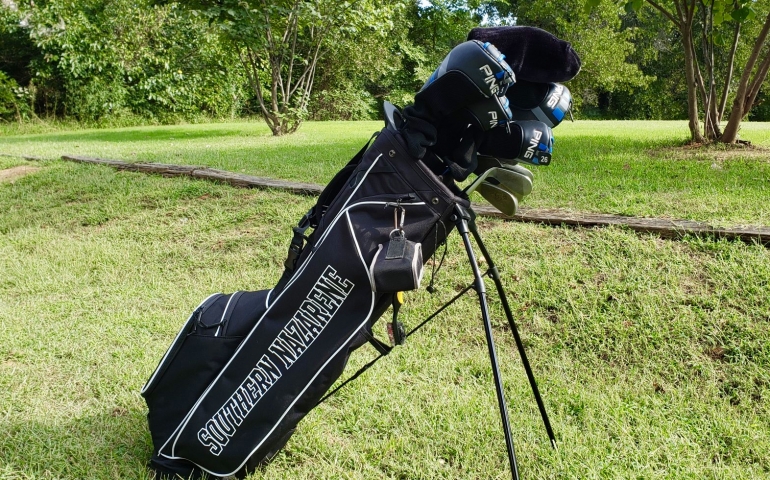 This past Monday marked the start of the Men’s and Women’s Golf seasons here at SNU. The Men’s team teed off at their home course, Lake Hefner, on Monday morning while the Women’s team made a trip to Tahlequah to compete in the NSU Women’s Golf Classic.

The teams had mixed feelings about their starts but are hopeful for the future. Senior Dylan Igo said, “The team finished 5th, and I finished in a tie for 10th. It was a disappointing finish, but we have a lot of talent and are looking forward to upcoming events.”

Dylan also commented on the team’s potential saying, “We have a great team this year full of great guys that are fun to be around.  We have plenty of experience and new guys that have talent.”

The women’s team finished 13th in Tahlequah but the team anticipates improvements on the horizon. Junior Sarah Rovenstine spoke about the Women’s team, saying, “I’m really excited about the team this year! I think we have a lot of potential to be really great, and it is the most competitive it’s been since I’ve been on the golf team at SNU.”

Both teams are now working towards their end goal of competing at Regionals and eventually Nationals.

Senior Jacob Prentice shared his thoughts on the Men’s potential, saying, “With the talent we have, we believe we can make it to nationals.” Jacob also hopes to bring home some tournament wins along the way for Southern Nazarene University.

Sarah Rovenstine said they plan to accomplish their goal of making it to Regionals by, “improving every tournament and growing as a team,” while also, “pushing each other to do our best every time we play.”

With all golfers focusing on learning from the past and working towards the future, SNU Golf is sure to exceed all expectations. The next tournaments will be on October 1 in Edmond, playing in the UCO Classic Tournament, as well as on October 16 in the Central Region Preview, playing in Muskogee, Oklahoma. Come out and support the Men’s and Women’s Golf teams!