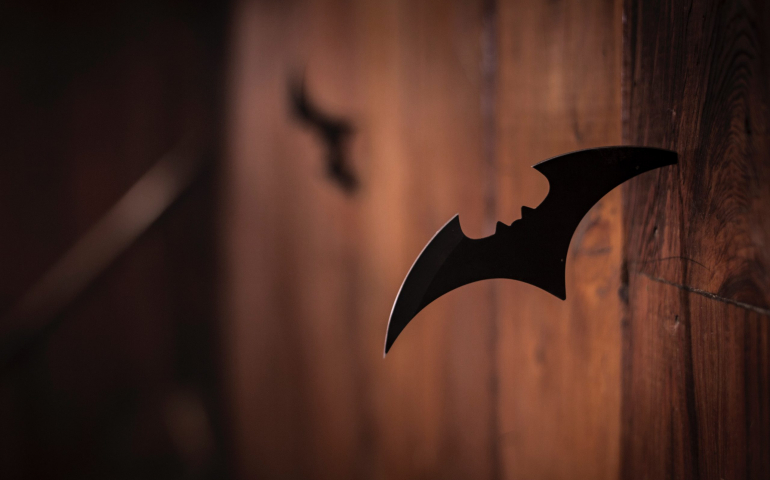 The famous Bruce Wayne is a billionaire and playboy who dawns his cape and cowl to avenge the murder of his parents and keep the city streets of Gotham safe. He made his most recent appearance in Hollywood in “The Batman” which premiered in theaters this past week and is directed by Matt Reeves. Former Twilight star, Robert Pattinson, plays the role of Gotham’s vigilante in this edge of your seat thriller. With myself being the biggest Batman nerd, I was naturally in attendance opening weekend. So here is my honest, spoiler-free review of the movie.

The Batman is by far the best Batman movie that has ever been made. Now, I know that is a bold statement, and it took a little bit for me to come to that realization. Christopher Nolan’s trilogy involved iconic performances from Christian Bale, Heath Ledger, Tom Hardy, and so many others. However, Matt Reeves delivered the best Batman movie that the cinema has ever seen.

This movie showed more to Batman that hasn’t been shown in other adaptations of the character. It shows the complexity of being a superhero and the consequences that potentially go with it. The movie had excellent storytelling that didn’t feel rushed or too slow while sitting in the theater. The score of the movie added to the dramatic edge of your seat tone that is displayed throughout the film. The action sequences were phenomenal, to see the brutality and rage of the caped crusader that is commonly associated with him was a nice detail to the movie.

The performances that were given by all of the actors in the film were top-notch. I personally believe that if Matt Reeves were to continue this franchise, Robert Pattinson’s role as Edward in Twilight would be left behind in the dust. Going into the movie, many people, including myself were skeptical if Pattinson was a right fit to play Batman, but I encourage everyone to go and have their minds changed as mine was.

One of my friends that went and saw The Batman this weekend, Junior Brock Eltiste, simply stated, “It was amazing. I am definitely going to go see it again.”

Another one of my friends who saw the movie the same night was Sophomore, Braden Glover. When I asked him what he thought of the movie said, “It took the best things from every Batman movie before it, and put it all together,” said Glover. “It was literally everything I could’ve wanted from a Batman movie.”

I wish that I could go further into detail about the specifics of the film, but I do not want to give away any of the fun. Overall this was a fantastic movie, this movie absolutely blew me out of the water. Looking back, there isn’t anything that I could say I want to change about it. My rating of it is a 10/10, only because I can’t physically give it a higher rating. I know for a fact that I will be paying the price of admission to go see it again and highly recommend everyone to go see it because it truly is a masterpiece.