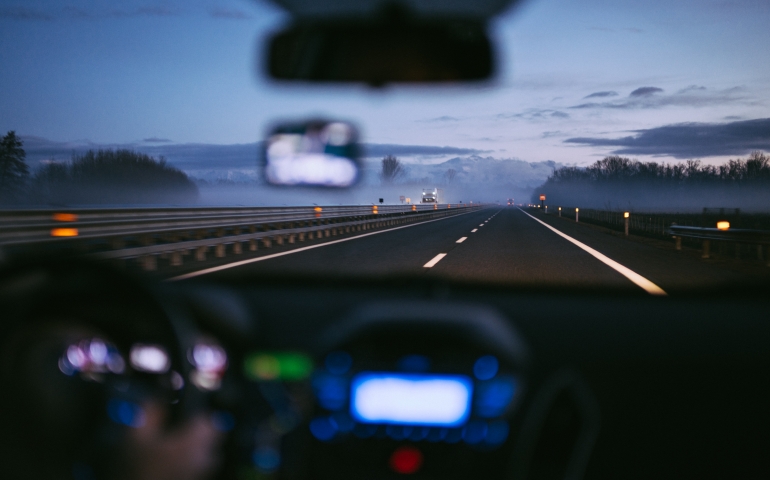 When you think of a typical Southern Nazarene University (SNU) experience, what comes to mind? Late nights with friends? Moving away from home? Dorm life? For quite a few SNU students, much of this is not the case. Instead, many students, like myself, live off-campus and commute to class every day.

There are numerous reasons college students take the commuter route, as opposed to the traditional experience of on-campus housing. For some, the financial cost of dorm life is simply too much to afford and living at home eliminates that burden.

There are also many commuters who have responsibilities outside of the classroom that cannot be put on hold for the school year. Juggling a full-time job, internships and taking care of family while also trying to get a college degree is the reality for many commuter students.

Anna Dickerson is in her second year of commuting to SNU and knows what it’s like first hand: “Outside of school, I work a full-time job to pay rent and bills and it has for sure been way too much stress sometimes.”

It is important to recognize that not all college students are fresh out of high school. In fact, a significant amount of SNU’s commuter population are working adults with a multitude of responsibilities on their shoulders beyond college. Laura Adame, a junior nursing major, is one of these students. She said, “As a mother of two, I drop off my son at school and my baby with the babysitter, then try to beat traffic driving from South Oklahoma City.” For her, living off campus is anything but an option.

Since commuter students tend to have numerous things going on off of school grounds, it can be difficult for them to build strong and lasting connections with classmates. It can also sometimes take away the chance to experience all that SNU has to offer, like clubs and events. However, it isn’t impossible. Like making it to class every day, it just takes extra effort and planning.

Being a commuter student isn’t all bad, though. While a large number of traditional students travel hundreds, sometimes even thousands of miles away from home to attend school, the commuter’s experience is quite the opposite. Many off-campus students are living in their hometowns while attending college, so family is usually close by and sometimes even in the same home. Therefore, homesickness is something a student living off campus will likely never experience in their college years.

A student living at home is usually already acclimated to the area where they attend school. In the commuter’s experience, there is no going to a foreign town, state or country. Most commuter students live and go to school in a place they have lived in for a while, so there is no culture shock or unsteadiness that a traditional student may experience when going off to college.

Being a commuter student may be an alternative option, but for many it is the best option. They can continue their lives off campus, while they get their degrees on campus. It’s truly the best of both worlds.