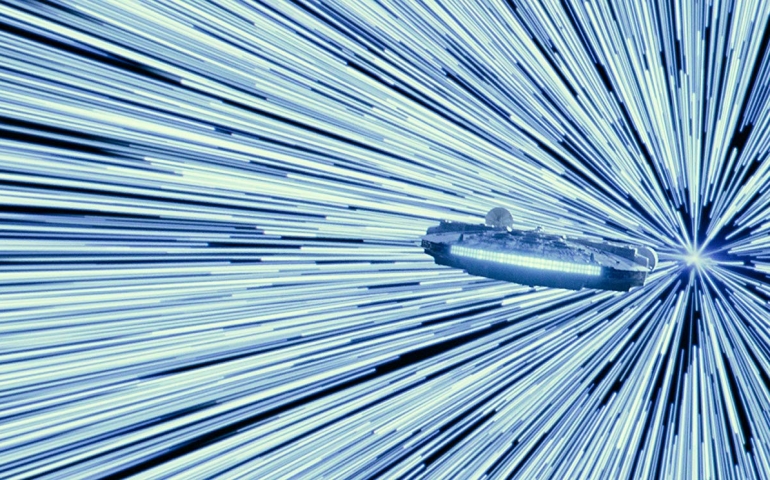 Students across Southern Nazarene University’s (SNU) campus were enamored as young children by Luke Skywalker’s epic hero’s journey in the original Star Wars trilogy, growing up with toy lightsabers, Darth Vader costumes and Millennium Falcon Lego sets. There is an air of nostalgia surrounding the Star Wars saga as the final iteration of the series, Star Wars: The Rise of Skywalker, will be released on December 19, 2019.

When Disney bought the creative rights to Star Wars in 2012, they decided to capitalize on the popularity of the original trilogy released in the 1970s and 80s by rebooting the saga. After the perceived failure of the early 2000s Lucasfilm prequel trilogy, Disney decided to embrace change and create characters in a sequel universe following the final film of the original trilogy, Star Wars: Return of the Jedi.

Introducing characters such as Rey, Finn and Kylo Ren, the new Star Wars trilogy has a lot to offer: modern animation and CGI techniques; J.J. Abrams and Rian Johnson as directors; and an enthusiastic, long-standing fan base. Yet, while these modern films may be some of the most financially successful films of all time, there seems to be an agreement from fans across the world that these films do not compare to the original trilogy.

Nathan Cummings, senior Star Wars fan at SNU, talked about his feelings on the sequel trilogy, saying, “I am a huge Star Wars fan… I do think that the sequel trilogy has so far been underwhelming. I thought The Force Awakens was a nice reboot, but The Last Jedi did not capitalize well on the fun, new characters introduced.”

Another Star Wars aficionado on campus, Morgan Thurman, had similar things to say: “So I’m not sure how I feel about the whole fall and redemption arc of the first six films being kind of made useless by this apparent larger power that was just waiting for the fall of the Empire, and Kylo Ren is pathetic… But I like the parallels between Rey and Anakin, how they were both nobodies on a desert planet until someone showed up and decided they were going to save the galaxy. Luke was super out of character in The Last Jedi, though.”

It seems that one of the main differences between the original trilogy and the sequel trilogy is the nuanced nature of the character development as the audience watched Luke struggle and fail on his journey to become a Jedi. In contrast to Luke, Rey’s journey is simply one of success, having few things to overcome in The Last Jedi.

Dr. Paul Jones, a psychology professor at SNU, grew up watching the original trilogy, saying that he could “hum John Williams’ theme from Star Wars at the same time that I could hum my ABC’s and Jesus Loves Me.” Like many on SNU’s campus, Star Wars is overwhelmingly nostalgic for Dr. Jones, waiting in line for 10 hours only to be disappointed by the first film of the prequel series, The Phantom Menace. According to Dr. Jones:

“… [W]ithin minutes of starting The Phantom Menace, it became clear that George Lucas had lost complete sight of the original vision that he cast in A New Hope… I cannot reiterate how absolutely atrocious the writing and the psychological development of the characters was in the Prequels. Particularly awful was the development of the archetypal villain of Darth Vader, whose origin is the primary narrative of the Prequels.”

“I had hope that J.J Abrams could somehow recapture the universe that was created in the Original Trilogy. And, I believe, for the most part, that occurred with The Force Awakens. The story was a bit flimsy and relied heavily on tropes and nostalgia from the first films to make it work; however, I believe that it was Star Wars in its essence and set up the Sequels positively. In fact, the final five minutes of The Force Awakens got me more excited than any part of Star Wars since the original three films.”

Yet, much like the opinions of Cummings and Thurman, Dr. Jones agreed that The Last Jedi was a disappointment in plot and character development, failing to engage in the same storytelling that made the audience fall in love with the original series.

Following the disappointment of The Last Jedi, The Rise of Skywalker is a highly anticipated film, Cummings, Thurman and Dr. Jones all commenting on the anxiety of the upcoming film coupled with excitement: the nostalgia continues to drive the saga, even with the underwhelming and out-of-character writing. The Star Wars saga is a testament to the power of nostalgia, continuing to engage audiences with nothing but a universe.