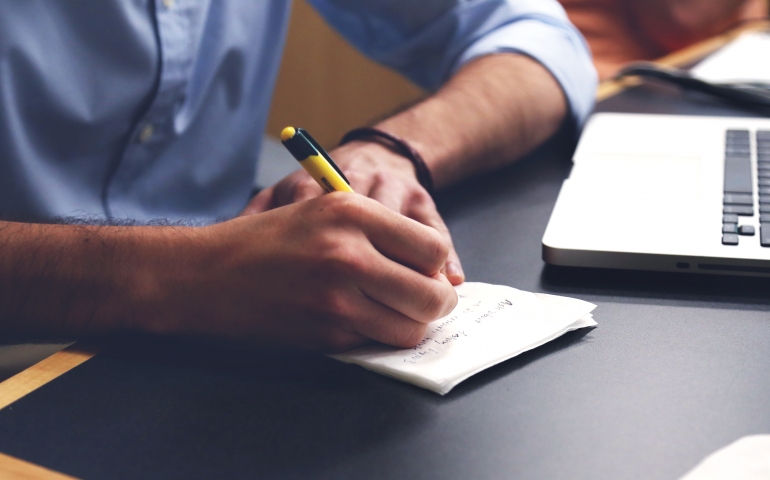 Many students at Southern Nazarene University currently have or have had at least one job while they have been in school. Other students may have more than one job.

Trying to handle a work and school schedule is something that not everyone can master. It takes time management, determination and motivation. Since college can seem like a full-time job depending on how many hours students are taking, sometimes the idea of having a job can be daunting.

However, there are several students that have a job based on the fact that they are learning to be more independent. Coming to college is generally the first time that students are leaving home and learning to live on their own. Having a job can increase their confidence in being independent, and it can also teach many life lessons that are important to growing up.

Additionally, some students are paying for college out of their own pockets; therefore, working while they attend school is a necessity.

Most students find it more convenient to work on-campus, or close to campus, to make the commute easier; however, sometimes students search elsewhere for better opportunities with more money.

Haley Ryckman, a sophomore elementary education major, currently has three on-campus jobs. She is a barista in the coffee shop, a student assistant for the SNU Archives and a circulation desk worker in the library.

Did you choose to have so many jobs, or was it a need for you to have them?

Haley: “I have so many jobs because I like to provide for myself, and I have a sense of pride from making my own money. I thrive in being busy, and I like the challenge of having to learn to manage time.”

Is there a reason that all your jobs are on-campus, or did it just happen that way?

Haley: “Working on-campus also gives me the opportunity to see my friends and to make new friends as well. I feel closer to the SNU community, and I feel like I am also giving back to the school.”

Does being in SGA limit your ability to have a job somewhere else?

Lewis: “It does limit it; however, if I wanted to have a job, I could. I prefer being in SGA and staying involved on campus though.”

Having a job is a choice someone has to make for themselves based on their time, and their priorities.