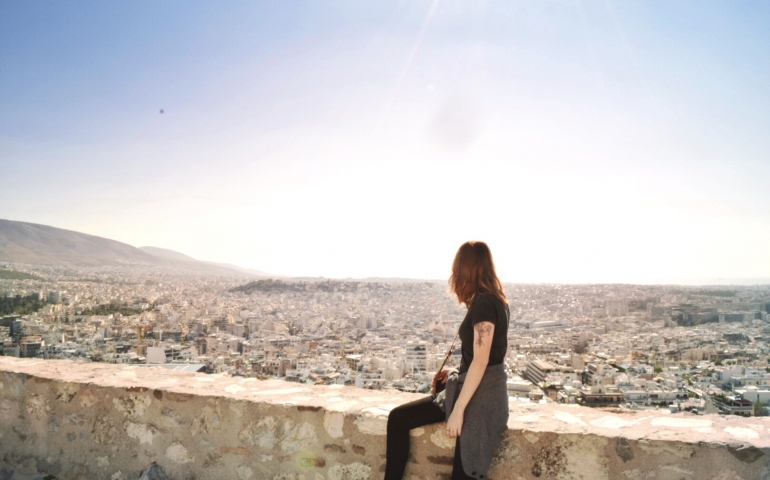 “I felt like I had a pretty good idea of what it would be like to experience a different culture, but it is wildly different and so much better than I ever could have imagined. Please don’t back out because it seems scary or impossible. Push through all the annoying little details. You’ll create memories to cherish the rest of your life” —Erin Hopkins & Kaitlyn Williams, SNU Juniors

Florence, Italy: the capital of the Italian region of Tuscany and home to Filippo Brunelleschi’s Duamo (aka famous dome looking cathedral with an orange shingled roof, picture it now?) and divine gelato.

October 30th will mark two months as students in a foreign land for Kaitlyn and Erin. After wrapping up their courses for the semester, they will return to the U.S. December 15th.

Many students, including myself, dream of studying abroad. We look on at the pictures of experiences and say, “Man, I wish I could do that.” Let’s explore what it takes to study abroad.

“If you looked at your home country as you look at your home town, how small would you world view be?”– Eileen Ruger

Eileen Ruger is a professor in the Theology department and is also in charge of the Study Abroad Program here on campus.

How does the study abroad program work here at SNU?

“You come and see me and we look at different programs. You can choose by what classes are offered or you can choose by destination. We look at what the best semester it will be for you to study in. We usually do not allow students to study abroad until their Junior and Senior Year,” explained Ruger.

“Most study abroad programs are pretty flexible with different majors, but I like to talk to students before they’re a junior so they can reserve some of those Gen. Ed. windows courses,” she continued.

After you meet with Eileen, you would need to go speak with your advisor, and they would help you decide what semester will be best. Qualifications for study abroad are pretty basic: junior or senior classifications, 2.5 or above GPA, good financial standing and good disciplinary standing with SNU.

There a ton of different programs out there; make sure to do your research.

Depending on which program you go through, the cost of study abroad varies. It’s a little different than other schools. SNU doesn’t require you to pay the same

tuition you would if you were going to school here; you only pay what the program costs. However, you will not be able to acquire the scholarship money you acquire from SNU directly, meaning only your FAFSA, other federal aid, and outside scholarships are available to you.

Erin: “Our program costs around $15,000 which is less expensive than SNU at full price, but more expensive because I am unable to use the scholarships I receive from SNU.”

Kaitlyn: “For those whose relatives can’t help financially, I totally understand, and I’d love to talk to anyone who’s interested in studying abroad.”

Besides living in Florence, Kaitlyn and Erin have had access to go see other parts of Europe such as Amsterdam, Switzerland and the Netherlands. For their week on fall break, they got to spend two of the days in Amsterdam.

Erin: “I love being able to visit all these places. It makes traveling part of a reality, not just a dream. I probably would’ve never considered living in Amsterdam before now, but now it just seems a lot more accessible.”

Kaitlyn: “I’d love to eventually live in Den Haag, Netherlands. It’s the international city of peace and is close in proximity to Amsterdam, right by the coast. I mean, need I say more?”

Studying abroad isn’t all rainbows and butterflies. Neither Kaitlyn or Erin really feel “homesick,” but they do struggle with feeling lonely. When you take into account the many cultural barriers they face on a daily basis, it is a huge adjustment.

Kaitlyn had one final piece of advice for those who are interested: “Choose a place that is really interesting to you, and do everything you can to make it work, because honestly, most people can; they just don’t know it. One thing’s for sure though, this semester is not the end of my world traveling. If you want something, go for it. This is not something you’ll regret.”