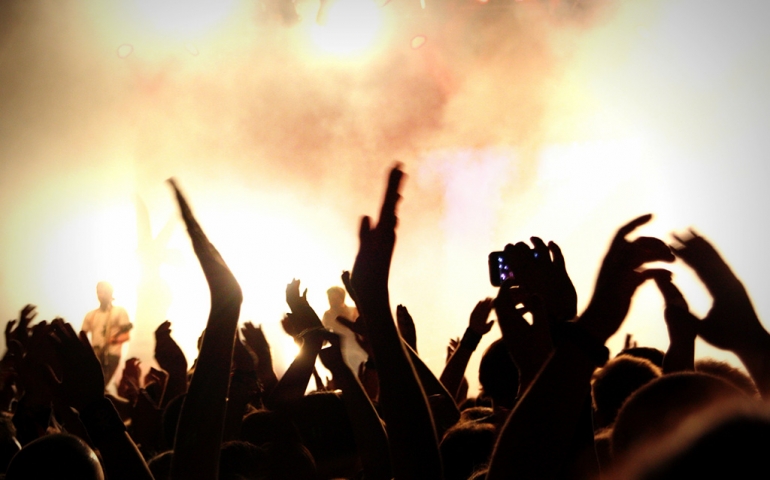 Music lovers have a great year of albums ahead of them. 2015 will see the release of new work from Sufjan Stevens, Kelly Clarkson and Death Cab For Cutie, among others. That being said, it is worth looking back at the best music that the previous year has brought us.

Releasing a summer album on December 2 is a very odd marketing choice for Walk The Moon. Granted, the idea that Talking Is Hard is a summer album is my own idea. The songs convey the kind of youthful carelessness and joy that can only come from long days of complete freedom. Each song is catchy and easy to sing along with, much like the band’s previous efforts. Talking Is Hard is a fantastic sophomore album from Walk The Moon, albeit one that was released a little too late into the year.

Spoon is a band that has remained relatively unknown outside of indie rock circles during the past twenty years of their existence. Despite their obscurity, they have produced numerous spectacular records, with Metacrrtic.com naming them the top artist of the 21st century for consistantly gaining high critical reviews with every release. 2014’s release of They Want My Soul saw the band staying the course, creating an album that features minimalist guitar riffs and barked lyrics. Every songs fits in stylistically with those around it like a puzzle, making Spoon’s eighth album a wonderful experience when listened through in one sitting.

When I reviewed this album last semester, I didn’t know what to make of the sounds that were emitted from my headphones. The music was weird, to the point that I couldn’t possibly explain it. This same sentiment holds true today. While I enjoy listening to a few tracks from the album regularly, It is easy to see how each one fits into the album as a whole. Alt-J creates a world that is full of mystery and wonder, and each step deeper within contains more unexpected sonic material. The only way to truly get a grip on what Alt-J is all about is to simply listen to the album for yourself. All This Is Yours is an album that needs to be experienced to be believed.

Despite the rapid growth we’ve seen recently in the Christian hip hop market, I still find that most of the music that is being produced sounds extremely similar to “secular” rap music. It’s almost as if instead of setting out to make something truly unique and original, Christian rap artists just try to be the “more holy” versions of what other artists are already creating. In the midst of this chaos is Propaganda, a hip hop artist whose flow and rhymes sound closer to spoken word poetry than rapping. On Crimson Cord, he discusses his struggles with various facets of life, from the aggressiveness and hypermasculinity of modern hip hop music to the artist’s dissatisfaction with the United States education system. While Propaganda’s faith colors every song, each of the issues that is touched on feels relevant and important. While it may not have widespread acclaim currently, Crimson Cord is a hip hop masterpiece that will serve as a milestone in faith-based music.

Future Islands has exploded this year in the indie world, with a success story that is almost unheard of in this century. The members have been creating music as a band for 8 years now, with relatively little critical acclaim or popularity. However, just in 2014, the band signed to a major record label, released a new album and played on The David Letterman Show (and inadvertently created a well spread Tumblr meme). Despite the name, Future Island’s fourth album is not a collection of singles from past efforts but an entirely new album. The electronic instrumentals are complex yet catchy and serve as the driving vehicle for lead singer Samuel T.’s crooning vocals. This is my number one album of 2014 because no matter what mood I am in, Future Island’s music will always put me in a better state. Unlike many other albums I enjoy, Singles can be listened to anywhere, whether I’m completing difficult homework or walking around campus. While 2015 will be a very exciting time for new music releases, I will be listening to Future Islands for years to come.