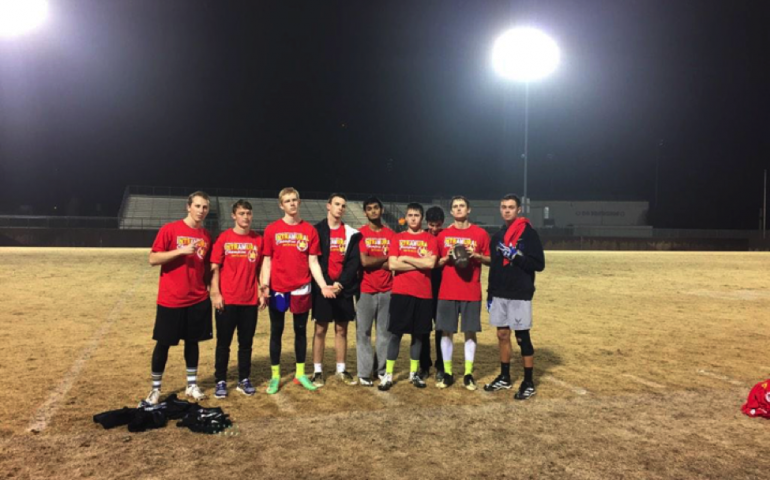 Ladies and gentlemen, it’s that time of year again. Fall is here which means bonfires, flannels and hot chocolate; but that’s not all. Here at SNU, it means something else: intramural flag football.

Easily the most anticipated sport of all intramural sports offered, over 110 students (both guys and girls) have signed up for this year’s competition to see who can take home the coveted flag football championship and forever land them a spot in intramural history.

Intramural sports here at SNU are a pretty big deal, especially when it comes to flag football. The intramural captains (I-Captains for short) like myself, have a draft quite similar to the NFL draft. Year after year, there are new players who enter our league of sports and look to make an impact.

“I think everyone should sign up to play intramurals because it encourages teamwork, and we all know that teamwork makes the dream work,” said Tyler Thornton, junior at SNU. “I would also say that intramurals is a great chance for those who didn’t get the chance to play sports at a competitive collegiate level but can still find a sense of identity and belonging in something that they love to do. It highlights and emphasizes the special community that we have around here at SNU, whether it be SGA, music, chapel or intramurals.”

Thornton went on to say that trash talking is definitely his favorite part of intramural flag football.

“At the end of the day, it’s all in good nature, but I’d be lying to you if I said that students take it easy out there on the field,” continued Thornton. “After all, it is a competition, and when it’s mixed in with a sport that the majority of students like to play, you’re in for quite an adventure.”

Four weeks of the most intense flag football anyone has ever seen shows that we don’t mess around here. Whether you were an athlete in high school or not, SNU intramurals is where ordinary people become legends (in their own minds).

Last year, the team “We Dem Boyz” took home the championship after running the table and going undefeated on the season. Many of the same players have returned this season under the same team name. They pose a threat to all opposing defenses with their high-tempo offense led by senior quarterback Andrew Griffin. We’ll see if anyone is able to stop their juggernaut offense this season.

Intramural sports are offered throughout the entire school year, and students are highly encouraged to sign up and join part in the community through competition and athletics. Please visit snu.uintramural.com or check out the SNU intramural Twitter account @snuintramural.