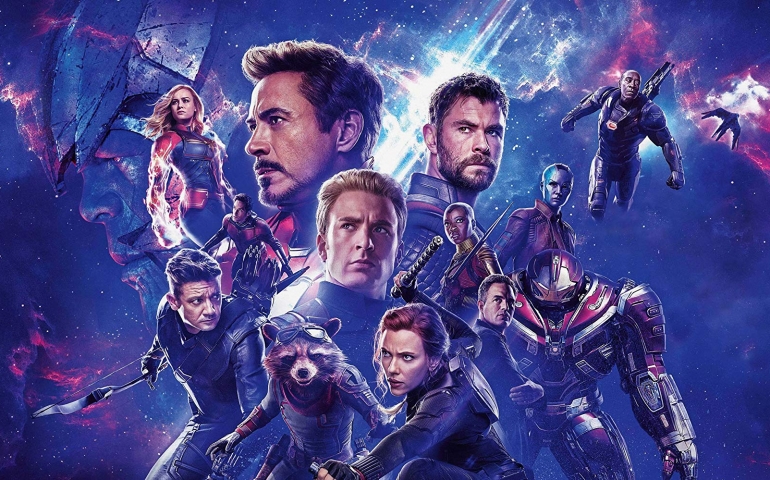 With Avengers: Infinity War leaving confused fans with many questions unanswered. The wait for the end began, and on April 25th, fans got exactly what they’ve been waiting for.

Starting in 2008 with the first Iron Man film, the Infinity Saga began taking shape in the hearts of children and adults alike. The Marvel Cinematic Universe (MCU) grew, incorporating the characters of Captain America, Thor, Hulk, Hawkeye, Black widow and Nick Fury. These characters made up the original cast of the 2012 Avengers who fought Loki in the Battle of New York– that was just the beginning.

The MCU grew and developed more characters and made the audience truly care about every romance, bromance and rivalry. People truly became invested and desired to see the next great threat the Avengers would face. No one was prepared to watch their favorite characters fade into dust with a snap of Thanos’s fingers in Avengers: Infinity War.

With half the universe turned into dust and no answers in sight, the only place to look is in the past, starting in 2008 with Iron Man. Unlike any movie series, the MCU in brought 22 movies in 11 years where every single one of them strengthened the ties they had around our hearts. 2008 was a long time ago, and these movies have been a part of a lot of people’s lives, not to mention adults who grew up with the comics. Each character has some pull on the audience’s heart, and no one is ready to say goodbye to any of them.

Thanos, being first introduced in the Avengers in 2012, has been an overarching villain throughout the entire series and has finally brought the arc to fruition, leaving only one movie left to wrap up everything that was started so long ago.

Marvel movies, including Avengers: Endgame, all have a commonality in that they are intentionally and tightly wound together. No movie has never truly made me sit on the edge of my seat in both suspense and awe, but Avengers: Endgame not only did just that– there wasn’t a single person in my row who’s back was touching their chair. The Russo Brothers outdid themselves with a beautiful ending to an amazing story.

Leaving the theater after watching Avengers: Infinity War left everyone asking questions and wanting nothing more than for Avengers: Endgame to come out. Now that’s it is out, I can confidently say that the Russo Brothers gave the audience and the cast the conclusion that they deserve.

On November 12th, 2018 Stan Lee, the creator of Marvel, passed away. Stan Lee brought these characters to life and is the reason that any of these characters we care so deeply about are around. Stan Lee said, “There is only one who is all powerful, and his greatest weapon is love.” Stan Lee brought a world to life and touched many hearts with both the world he created and the wise words he spread. Stan Lee started using the Latin word “Excelsior” when signing off of a column, meaning “ever upward,” becoming a very important phrase to Stan Lee and his fans. Stan Lee had a cameo in almost every Marvel movie, and Avengers: Endgame is the last cameo that Stan Lee will have in the MCU. It is a beautiful ending both to the cinematic universe he breathed life into and the incredible life he lived.