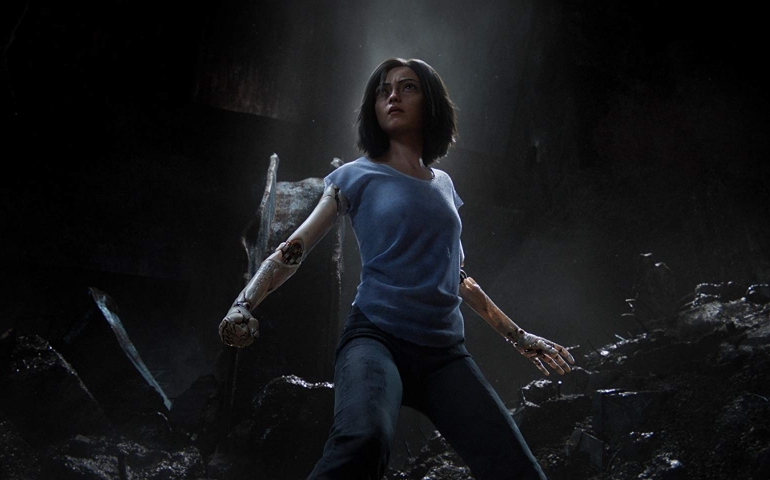 Over the last several years, remakes, reboots and sequels have become a staple of the film scene. While original films do come out frequently, they are not given the same amount of marketing as other big-budget blockbusters. The newly released film Alita: Battle Angel is another film created as a reboot of a popular franchise. The things that set this film apart is that is an adaption of a little-known science fiction Japanese manga called Battle Angel Alita (Sometimes translated as Gunnm). The film is adapted from a different culture and from the source material of a different decade, giving it a unique atmosphere not common in films routinely made in the United States today. 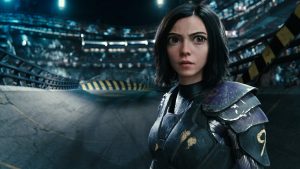 Alita: Battle Angel is a science fiction/fantasy film set in the year 2563. A war 300 years prior ravaged the world and now only a small pocket of humanity remains. The wealthy and so-called ‘genetically-gifted’ live in the floating city of Zalem, while the rest of humanity lives on the surface of earth in a place called Iron City. A robotics scientist is scavaging through the garbage tossed by the people who live in Zalem and finds the still living pieces of a cyborg girl. He repairs her, and the film focuses on her quest to remember who she is and confront the corruption around every corner in the remains of Earth.

Alita: Battle Angel is a stunning film in regard to its use of CGI and creative cinematography. The film is beautiful and takes every opportunity to showcase its effects and CGI technology in everything from the mundane to action-packed deathmatches. In a time where films commonly use CGI to bolster special effects or create scenes which would not be possible without CGI, Alita: Battle Angel excels in using these effects to the fullest. While the scenes with heavy use of CGI are standard for a sci-fi action film, this film manages to pull off each use near flawlessly to create an immersive experience for the viewer. Some may be put off by Alita’s ‘anime eyes,’ but that will vary from person to person. 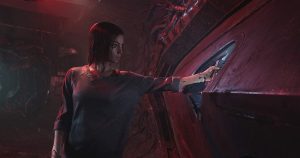 The story of Alita: Battle Angel is mixed. The setting itself is part of the storytelling narrative, and with so many plot threads and nuances crammed into the screen, it is difficult at times to catch all of what the film is trying to accomplish. Before a viewer can fully grasp an idea, it has already moved on to its next location, battle or concept. There is little time for the audience to breathe. This leads to an action-packed and tense thriller, but one where meaningful reveals or moments are forgotten in the whirlwind of action.

As for the characters, Alita: Battle Angel offers a unique set of characters rarely seen in film. Their actual backstories and histories are standard for the genre, but their personalities and quirks, the ways in which they develop over the screen time, are a breath of fresh air for the science fiction genre. Alita herself is a fascinating character in both how human she seems yet how foreign she is at the same time. It is also a good note that she is a strong main female action hero, a somewhat rarity for this action-packed genre. 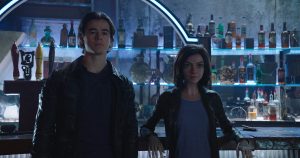 Alita: Battle Angel is a beautifully made film based off of the 1990 manga series Battle Angel Alita. While a reboot of its source material, the film manages to stay true to its source material while still maintaining an air of individuality from other films. Visually the film is absolutely stunning in its usage of CGI, and its story, while difficult to follow at times, is an immersive experience. While it is a standard action and science fiction film, if your cup of tea is watching heroines beat up giant monsters and mecha-humans, then this film is definitely for you.