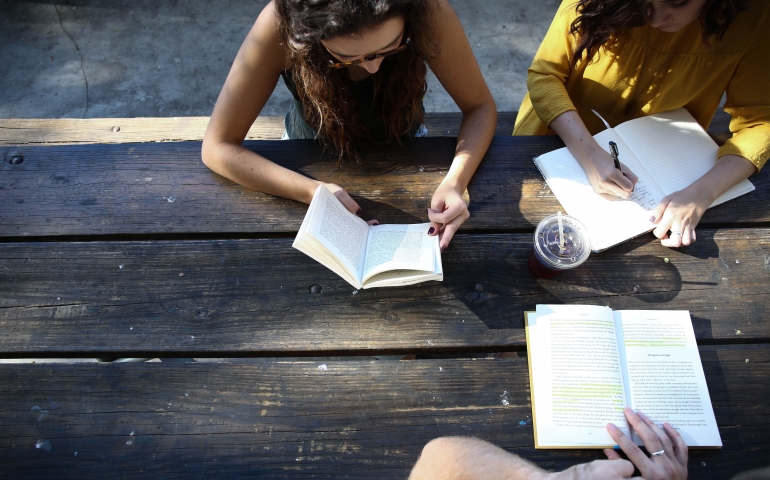 Each school year, new students flood the Southern Nazarene University (SNU) campus, most of which are freshmen just out of high school. But scattered throughout are transfer students who, while new to SNU, have attended college before.

As a member of the latter group, I have experienced SNU from a different perspective than that of an average freshman student. Having already been through the hoops of developing my independence, I, just like every transfer, know what it is like to navigate the responsibilities of going to school full time while working to pay for the education that I have committed to.

Many transfer students, myself included, have had problems with already-obtained credits not applying to SNU’s graduation requirements. Some have credits that would not transfer at all, and others have credits that have become electives at SNU. It is discouraging to see that both hard work and money have been wasted in these credits.

But most of SNU’s staff is willing to help in areas that they can. My advisor is fighting to get my credits slotted in the correct places. I encourage other transfer students to make sure that their credits have been applied properly to SNU’s program and to communicate with your advisors.

During my first week on campus, the halls were new and the people that walked them were unfamiliar—everything different from the school that I transferred from. But the SNU staff created New Student Orientation (NSI) to make incoming students feel welcome and to become better acquainted with their peers. Every new incoming student was placed in a family group in hopes of creating bonds to start the school year off well. This year, about 45 transfer students participated in NSI.

As an introvert, NSI was something that I had dreaded in the weeks leading up to the launch of the new school year, but SNU shattered my expectations. I created memories with people who I had never laid eyes on before that week. I developed bonds with the members of my family group who had also taken the scenic route to arrive at SNU.

A transfer student at SNU who wished to remain anonymous, said, “[NSI] was the best part because everybody was really kind and welcoming, and they made it seem like this year was going to be great… I got to know a lot of people.”

The members of their sports team make every effort to get to know, even checking in on them to see if their classes are going well. But outside of their team, most returning students did not attempt to get to know them. They said professors and their advisor work hard to include everyone and integrate transfers into their classes.

Getting to know students on campus is not an easy task for transfers who are often the odd ones out in many of their classes, whether they are general education courses or major-specific courses. Either surrounded by returning students or freshmen, I have also experienced the anxiety found in trying to find my place on campus.

While freshmen have a slew of options to bond with their peers, transfers must strive to meet like-minded people who are willing to welcome them into their existing friend groups that have, for many students, been nurtured since freshman year.

Providing valuable advice for transfer students who feel this way, Misty Jaggers, Associate Dean for Student Success, said, “You have to be really intentional to put yourself in spaces and places to build relationships with students, because often times when you’re transferring in, friend groups have already been formed based on similar interests, and living spaces, and all those things that happened early in a student’s experience at SNU.”

Ja’nea Williams, a transfer student who has been at SNU for three years, has been involved in several leadership roles in her time on campus. She has participated in NSI mentoring, life mentoring, and was also a student chaplain for two years.

“When I first got here, I was very shy and reserved,” said Williams about her first year on campus. Looking back, though, she sees the importance of getting out of her comfort zone and getting involved in places where she could.

“When I got here and got involved, I can see how much I have grown and transformed,” Williams said, “Now I just love talking to people and hearing people’s stories.”

Transfer students are welcome to give SNU feedback on their experience at the colleges that they attended before. Jaggers said, “A lot of times, transfers did have some positive experiences at their previous institutions and it’s maybe things that we can learn from at SNU to support more students. So, I encourage them to use their voice.”

(Photo by Alexis Brown on Unsplash)