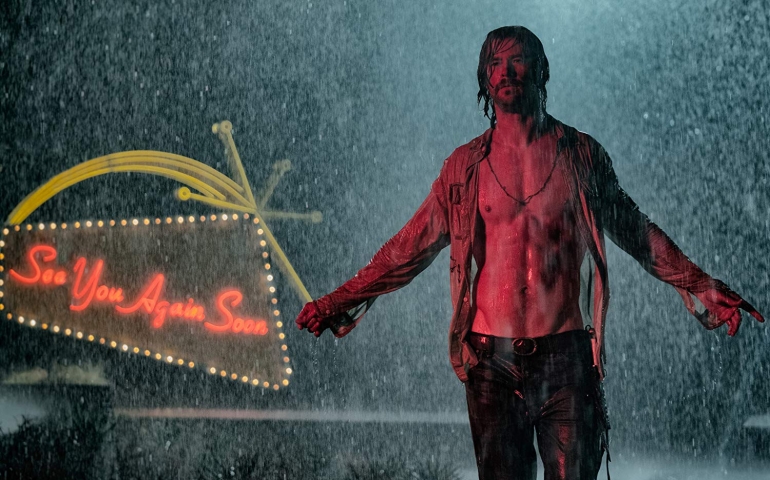 “Bad Times at The El Royale” is a movie set in the year 1969 where a priest, a vacuum salesman, a singer and a hippie check into the El Royale Hotel on the border of California and Nevada. There are seven main characters all with their own secrets and reasons for being at the El Royal. The hotel is run entirely by a young man named Miles Miller. As the seven characters learn more and more about the hotel, they come to realize this is not the run-of-the-mill hotel, and they are not with run-of-the-mill people. 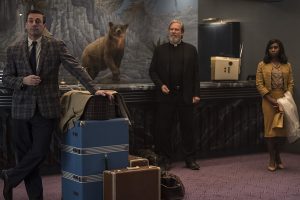 This movie has a bunch of big names amongst its cast, some of them being Chris Hemsworth, Jeff Bridges, Jon Hamm and Dakota Johnson. Going into the movie knowing these actors and actresses were in it, I, along with most people, had high expectations for at least the acting of this film. And they did not disappoint; the acting was fantastic across the board. There was not a single character that I was disappointed in.

Another aspect of the film that added to its overall rating was the cinematography. In two scenes, the camera was entirely still. These two scenes were obviously done on purpose and added so much to the scenes and plot development. Every aspect of the filming of the movie was done well and greatly impacted the way scenes were perceived. 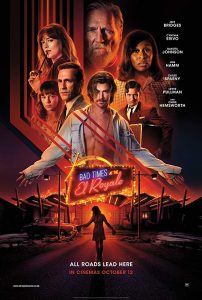 In my opinion, the movie was well-done; there were characters that I wish we knew more about and scenes that could have been given a little bit more information. However, the filming of the movie along with the phenomenal acting provided by the entire cast made this movie enjoyable and a must see.