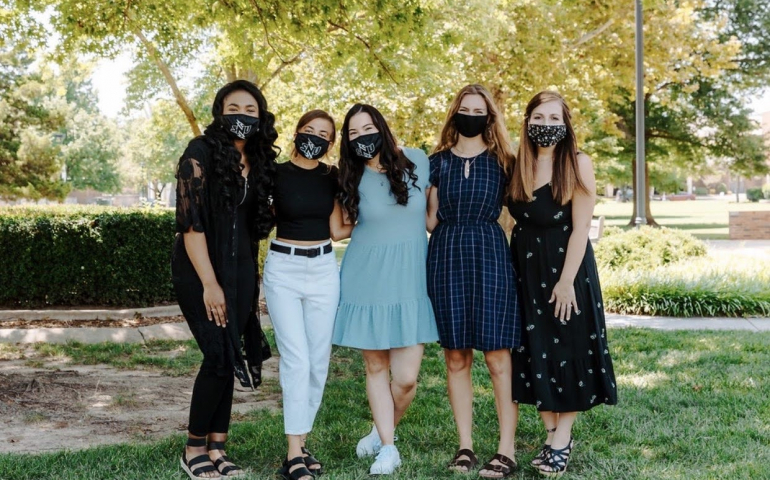 At Southern Nazarene University (SNU) there are currently four on-campus housing options, Hills, Bracken, Snow Barger, and Chapman. Places for students to reside after their long days of classes. Their home away from their real home.

With each of these buildings, there are students that aren’t only students at SNU but have also taken up the position of a resident assistant (RA). The job of an RA is to help create a comfortable, safe, and supportive environment for their assigned residents. Of course, this comes with responsibilities such as doing rounds with checking up on students, bathroom checks, being on duty, making sure policies are being followed, resolving conflict among roommates, hosting events for their residents, along with many other duties. Although being an RA is a lot of responsibility, it does come with benefits as well. Being an RA at SNU at least means you get your housing paid for along with a paycheck.

Here at SNU, there are currently 29 RAs. One of those RA’s being senior Ebony White from Guthrie, Oklahoma. She is responsible for the B tower in Bracken and is an RA to 18  girls. This is her second year being an RA here at SNU. “I had an incredible RA my sophomore year, Alyssa Carney. She embodied what I thought the role of a great RA should look like. Her support played a critical role in my development and success during that school year” says White for her reasoning for wanting to be an RA herself.

“The biggest challenge I have found about being an RA is the fact that I am a very empathetic person so when a resident of mine comes to me with a problem or something hard that they are going through, it can be very easy for me to internalize it,” White says. “Getting hired as an RA is not an easy process so if you are wanting to do it, make sure you are doing it for all the right reasons. Don’t be afraid to be vulnerable. Getting to know people and their stories is a great privilege to have so if someone feels called to be an RA, absolutely do it,” is the advice White says to anyone who potentially would want to be an RA.

Being an RA holds much responsibility and definitely requires a lot of work. However, it can also be an extremely rewarding job and experience. Getting to put yourself out there and work for your university while being able to meet and learn about your residences is a great opportunity for one to have.