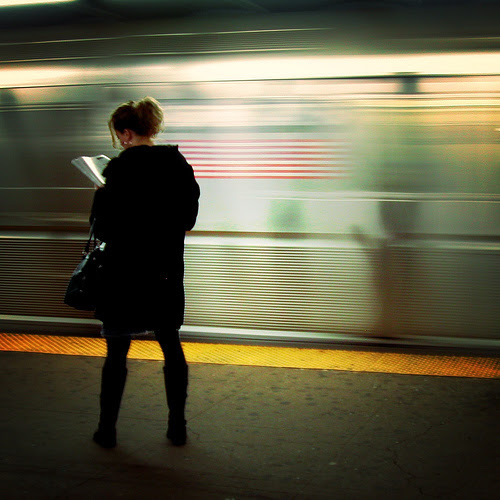 There are four types of people in the world: those who love to read, those who hate to read, those who are indifferent to the hobby and those who simply have never learned the skill. For those of you who are indifferent towards reading or absolutely despise picking up a book, this article is for you. I have compiled a list of seven books/series everyone should read at one point in their lives. Even avid readers need to pay attention to make sure they have checked these great works off their list.

1) Hamlet by Shakespeare – Yes, I am well aware that there are many book lovers who find Shakespeare’s works too dramatic or too uninviting to their tastes. But who can beat the bard’s masterful skills at mixing teenage angst, madness, tragedy, young love and revenge into one story?

2) To Kill a Mockingbird by Harper Lee – On the surface, this is a story of a young girl growing up, but it is so much more than that. The themes of racism and avoiding judging others are interwoven into a dramatic, childlike account of life in the southern United States during the 1930s.

3) Harry Potter series by J.K. Rowling – A coming-of-age story about an orphan boy with magic powers, this series is perfect for the person who needs a little fantasy, romance and good versus evil showdowns. With the main character being special, even in a world of magic, the reader experiences life through the eyes of a teenager who wants nothing more than to be loved for who he is and not what he has done or will do.

4) Jane Eyre by Charlotte Brontë – Need a romance? Well how about a nineteenth century tale of an orphaned young woman becoming a governess for a man with a dark secret? A story of extraordinary love, this novel is sure to keep you rooting until the very end for the poor, plain girl with an unpleasant childhood.

5) The Things They Carried by Tim O’Brien – A piece of fiction, this war novel recounts the experiences of a character named Tim and his platoon during the Vietnam War. What makes this book truly special is the fact that O’Brien makes you feel as if all of the short stories he tells are real events, when little—if any—of the book is true. If you want a book that makes you think, this novel is for you.

6) The Hunger Games trilogy by Suzanne Collins – Based in a post-apocalyptic United States that requires one boy and girl from each area of the country to fight to the death, this trilogy emphasizes the the power of love, family and trust. Through the eyes of a cynical teenage heroine, Collins attempts to highlight the physical, mental and emotional destruction of violence.

7) The Divergent trilogy by Veronica Roth – Similar to The Hunger Games, the Divergent trilogy is about a society controlled by the government and how dangerous it is to be different in a society such as this. If one cannot be defined as honest, intelligent, kind, brave or selfless, then he or she is seen as a threat to the government. The reader experiences the importance of standing up for one’s beliefs, no matter the cost, in the shoes of a sixteen-year-old girl.

These are just a few masterpieces found in literature. Don’t blame me if you start reading these suggestions and can’t put them down; simply place the fault on the writer’s imaginative skills.