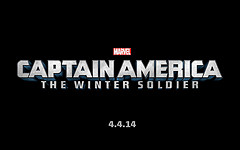 When there is no longer outright war or self-proclaimed enemies, can you be sure that you’re not the enemy?

This is the problem Steve Rogers (aka Captain America) now faces. After learning about S.H.I.E.L.D.’s more questionable methods of doing business, Cap begins to wonder if he is still fighting for the right side. That unsettling feeling in his stomach only increases when he learns that Nick Fury has been spying on him. But if that isn’t enough, Fury gives him a memory stick with vital information along with the words: “Don’t trust anyone” right before he is shot. The rest of the movie portrays S.H.I.E.L.D. trying to find out what Cap knows, while Cap struggles with knowing who to trust.

The captain and company’s morality: Cap is trying to be a good guy. Of course it was easier when there were battle lines, enemy uniforms and a clear division between good and evil. But now S.H.I.E.L.D is planning on taking out bad guys before they even become bad guys, and Cap doesn’t sit well with that. Furthermore, even when he has to do bad things he sticks to his morals. Like when he has to steal a car, he reminds the person he is with that they are only borrowing it. Also, his allies continually risk themselves for what they believe in.

The action: This takes up a heavy portion of the movie. Captain America is a soldier, and soldiers fight. Not to mention that Cap is a super soldier, so he gets plenty of fighting. And the action is awesome. Granted that comes with consequences, but that is covered later.

The characters: Marvel has a habit of using plenty of comic characters in their movies, and this film installation did not deviate from that trend. Character appearances include: the Black Widow, Falcon, Mockingbird, Batroc the Leaper and several faces from the first Captain America movie.

The end scene: A marvel tradition, the end scene is a hint of what is to come. All I can say is that while I am unbelievably stoked by the end scene, I am also a Marvel geek. So it might not make too much sense if you haven’t read the comics much. But still, it is a Marvel end scene; you have to stay for it even if it’s just so you can talk about it.

Language: Not much. Around a dozen curse words that don’t even push the PG-13 limit.

Questionable scenes:  I am continually astounded by how clean Marvel has become when it comes to these kinds of scenes. However, while there are no sex scenes, one negative aspect is that the uniforms used don’t leave all that much to the imagination.

Gore: As stated above: awesome fighting. And as was also stated above: consequences. Captain America and others are trained soldiers who kill. And that’s what they do. And while most of the violence is quick, the worst comes from the Winter Soldier himself. A particular example is when Cap kicks a guy into a jet’s turbine where he is promptly shredded.

It is an awesome movie. Granted it can be a little darker than avengers, but as long as you aren’t taking someone younger than thirteen everything should be fine. Overall, the points for cleanliness and positive message outway the gore and violence. So go see it. And don’t forget about the end scene.