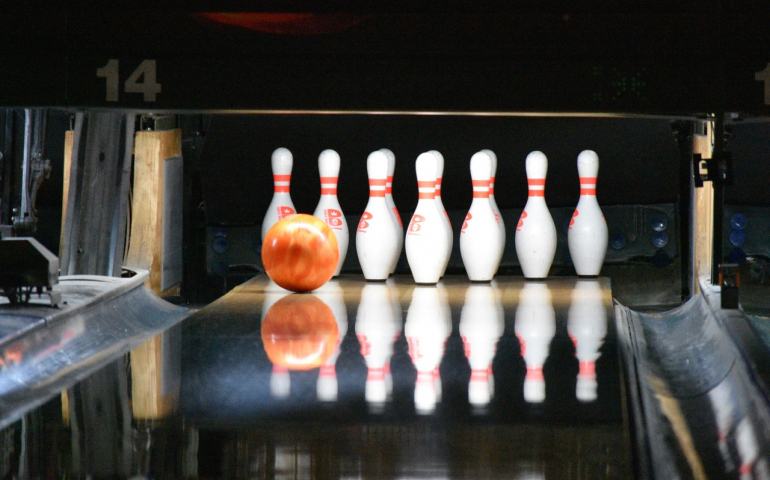 Heads up SNU! A new sport is rolling its way down the lane into Southern Nazarene University’s collection of athletics on campus. If you haven’t pinpointed it yet, bowling is SNU’s newest sport to arrive. Announced earlier in the summer, SNU will join the USBC, or United State Bowling Congress, with other universities across the country. We checked in with SNU students to see how excited they were and what they hoped would come from this big announcement.

Fun fact, bowling is the world’s number one participating sport with upwards of one hundred million participants across the world. It is a great hobby and fun thing to do with friends and family. Yet people have taken it to the next level competitively and that level is being brought to Bethany in the fall of 2023.

SNU athletics announced earlier this summer that Mark Jeffereys would be the head coach of SNU’s bowling team. As a former high school basketball coach, Jeffereys is excited to build up a successful program for SNU. He was also a member of the PBA for 31 years, as well as a youth bowling coach for fifteen years. Many students here on campus are excited to see what Jeffereys and the Crimson Storm Bowling team will have to offer come next year.

Sophomore Austin Jones commented on what he thought about SNU’s addition of bowling to its repertoire of sports. “I think it a really cool idea, not many people can say that their school has a bowling team,” said Jones. “On a different note, I hope this means a bowling alley may come to SNU, and we could all get to use it!”

Being able to show off your bowling skills to all your friends here on campus would be cool and all, but that wouldn’t be the main focus of the school adding a bowling team, it would still be fun to go watch and see how future SNU bowlers would do in competitions against other schools.

Now there isn’t a 7-10 split on this decision amongst the student body. No excitement is spared when it comes to bowling making its way to Bethany in order to strike down some wins in the future. Now, it isn’t a gutter ball of a decision. I personally think that a bowling team is a great addition to SNU athletics, as long as I can use bumpers in the future proposed SNU bowling alley.

Photo by Michelle McEwen on Unsplash