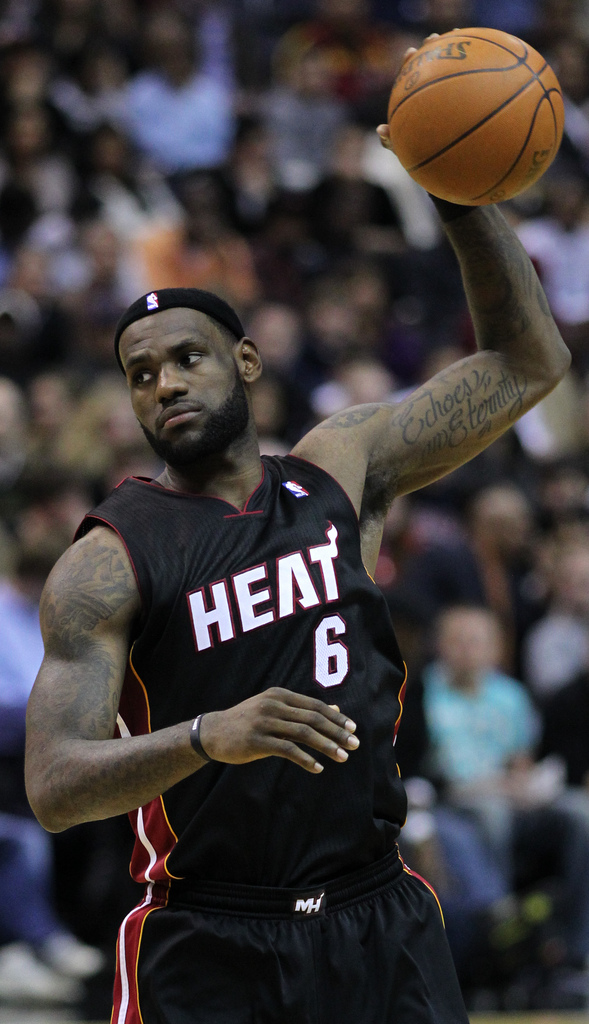 In today’s society we expect racism and hatred to be behind us, but unfortunately it’s not. Donald Sterling, the owner of the Clippers, was banned from the NBA for life once the allegations of him making racial comments were confirmed.

Sterling was having a conversation with his former girlfriend “V”, when the racial comments were made. Many sources say that V leaked the conversation, which resulted in this uproar. As we all can imagine, this came as a shock not only to fans and fellow colleges but to the players as well.

Sterling made the comment that he does not want his girlfriend to be broadcasting that she associates with black people. The conversation came about when V posted a picture on Instagram with former NBA player Magic Johnson.

For Sterling to say such a thing is not only offensive to the African American race but to the whole Clippers organization as well. The LA Clippers staged a silent but powerful protest when they turned their warm-up jerseys inside out.

Before the discussion was made about the silent protest the players did discuss boycotting the playoff game Saturday evening, but after a long talk with Coach Rivers the players decided to play and make a statement while doing so.

Over half the NBA is made up of African Americans and over half of the Clippers team is black; for Sterling to make a statement like that was a slap in their faces. These players work day after day not only making money for their families but for his as well, and without them there would not be any Clippers organization.

Often times people think that they have gained so much authority that they become untouchable, and Sterling found out the hard way that no one is exempt from being punished.

Furthermore, we cannot become blind to the fact that racism is alive and well; it may not be as noticeable as the times before, but there are still people living in hate. There will always be ignorance in the world, but it is our job to not let evil and ignorance consume us all.

The Clippers organization will bounce back from this stronger than ever and will fight by standing up for what is right.