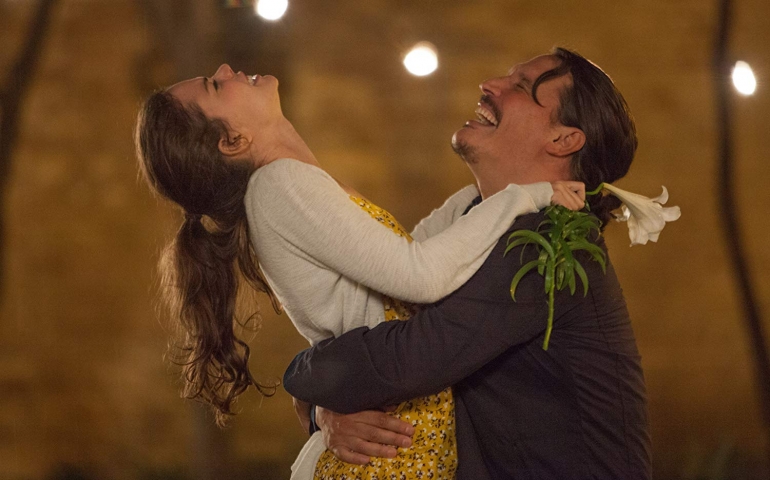 What is the meaning of life? How can we make our lives meaningful in a world full of tragedy? Is it possible to live in a way that honors the people we love? These are the questions that the new film, Life Itself asks over and over again. However, most viewers left the theatre with only one question: how can a film with such an amazing cast, a critically acclaimed writer and a $10 million budget get such utterly disappointing reviews?

Life Itself is the creation of Dan Fogelman who is best known for the hit TV show “This is Us.” Fogelman wrote and directed the 2-hour epic that left most viewers in tears. Some of the tears were birthed out of the film’s honesty about the human condition, but the common theme among reviewers is that any tears cried for this film were tears of pure anger and frustration over being forced to sit through a movie that produced emotional whiplash and offered no meaningful conclusion.

The movie begins in New York City where it focuses on a young couple, played by Oscar Isaac and Olivia Wilde, and the chain of events that brought them together. The second half of the film traces the history of a small family living in the Spanish countryside as they navigate familial hardship and triumph. It is a story built from a common model, but it is successful in portraying realistic relationships.

Where the movie begins to falter is in the second act. There is an apparent tone shift from the fast-paced and snarky tone of New York City to one of imposing sentimentality. For viewers of “This is Us,” the overt manipulation of emotion is very familiar, as Fogelman begins to lean into predictable plot lines and music to rip tears out of viewers’ eyes. For viewers like SNU student Baylor Redwine, who viewed the film at the Toronto Film Festival, it was as if Dan Fogelman sat down and said: “How can I possibly ruin everything I’ve just done?”

The divide between those who enjoyed the multigenerational love story that the film portrays is clear. Viewers who went into the movie with little expectation and open minds seem to have enjoyed it more. On the other hand, people skeptical of sentimentality or those who were there to review the movie, are the ones that cannot move past the film’s faults.

SNU student Alex Graham welcomed the emotional journey and found that she was able to simply laugh off the predictable and cliche-laden moments. This is a clear contrast to the experience of Baylor Redwine, who felt that she was being force-fed emotional manipulation in the most basic form.

Both students saw the movie in a realistic light, but only one was able to enjoy it. This is because the way that we go into a movie has a huge effect on how we will perceive it. For this reason, Life Itself is currently rated 11% on Rotten Tomatoes even though 79% of audience members enjoyed it. People on social media are raving, but big publications like Rolling Stone have called Life Itself  “the worst movie of 2018.”

Viewing Life Itself can be enjoyable. It plays with emotion in a not-so-subtle way but still highlights goodness in

humanity. It can, however, be extremely frustrating to analyze. The movie leans on great concepts in literature to expose pieces of the human condition, but it is this very theme that is the downfall of Life Itself. As Baylor pointed out, “the writing is lazy, and it’s so frustrating because writing can be so powerful,” and for a movie that its main focus is finding the beauty in life by connecting it to the of power literature, the irony is undeniable.