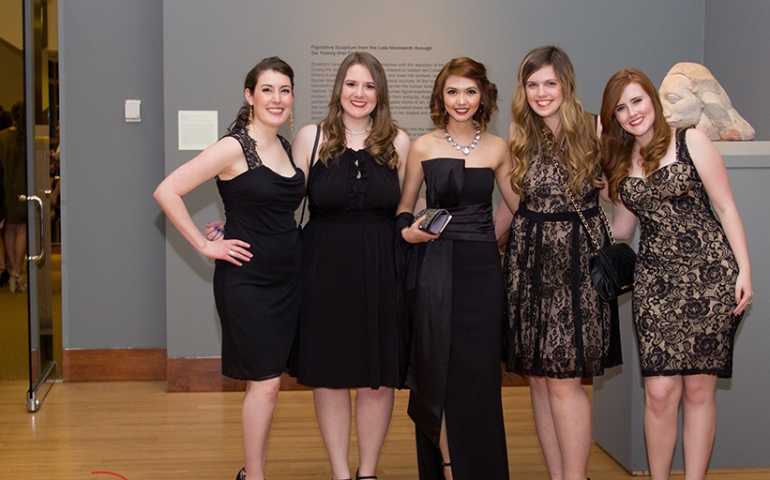 It’s now February and at SNU that means one thing: Heartpal. Yep. It’s time to start getting yourself pampered for the snazziest event of the year. Whether you’re single or “ring by spring”-ed, you won’t want to miss what is in store for this year’s Heartpal.

Heartpal is on Friday, February 10 from 8 p.m.-10 p.m.. This year it will be held at the Hall of Mirrors at the Civic Center. If you are a super senior who wants to relive the glory days, this location may excite you because it is where Heartpal was five years ago.

Kelsi Redwine, senior social life exec, is very excited about bringing back this location. When describing the event center she said, “The location has mirrors on one side and you can see downtown on the other side – it’s a perfect location.”

In addition to the new venue, Heartpal this year will include desserts and dancing. No ballroom dancing or two-stepping moves are required. It’s just a DJ, a dance floor, and you. This means start dusting off your old cha-cha slide moves because we’re gonna get funky, funky.

Fellas, it’s time to start asking the girl you’re secretly crushing on to go to Heartpal with you. Ladies, if the man of your dreams fails to ask you to Heartpal, get some courage and ask him! If you aren’t trying to find that special someone just yet, ask a good friend!! This year, you have major incentive to ask and to ask creatively.

Social Life is awarding a lucky person’s heartpal proposal video (using the #heartpalposal) with the most likes, on @snusga’s instagram page, a $60 gift card. (If you would like to participate, send a video to (817) 475-2870. The winner will be announced at Heartpal.)

If you don’t want to bother with a date, get a group of friends together and go. Jaci Wise, SGA student body president and a single woman, has some experience in both group dates and one-on-one dates to Heartpal. She says, “Even if you get asked to go to Heartpal, you can still go with your friends and a date. I think it is more fun to go with a group regardless.”

Lastly, and probably most important to the event, five junior girls are nominated for Heartpal Queen. This year’s candidates are Priscila Covarrubias, Kaylin Cummings, Anna Parkhurst, Lexa Stelting, and Sydni Toilolo. You will want to see if your pick for Heartpal Queen wins!

The whole school ditches the yoga pants and gets fancy for a night. It’s an event you do not want to miss.

Heartpal tickets are already on sale in the commons during lunch and dinner hours. Tickets are free with a crimson card or $5 without. If you would like more information, go to snusga.com, @snusga on Instagram, or the SGA pallet board in the commons.

Mady Martin is a Senior Business and Behavioral Science Multidisciplinary major from the “Bethany Bubble.” She studied in Vienna this past semester which explains why freshmen don’t know who she is and she doesn’t know who they are either. She likes Lemonade, both the drink and the Beyoncé visual album. [/author]