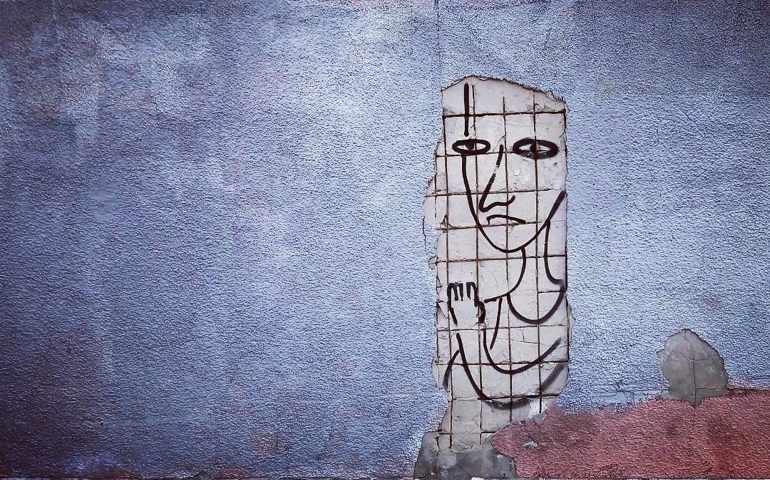 It is only 20 minutes from the Southern Nazarene University (SNU) campus—a building that you drive past every time you take a trip downtown. Inside the building that was constructed with strategic exterior design are anywhere from 1,000 to 3,000 people suffering under unregulated lockdown.

The state of Oklahoma is number one for incarceration rates in the world, and the Oklahoma County Jail has been named the worst jail in the country by numerous media outlets. It is a jail that is overcrowded, understaffed and underfunded. But there is little active initiative to improve the statistics, and even less is being done to improve the inhumane conditions that are hidden behind the nicely-presented exterior.

Oklahoma City First Church of the Nazarene’s Pastor Jon Middendorf and Pastor Avarilla Flemming have taken the initiative to lead tours to the Oklahoma County Jail to encourage individuals to become informed about what is happening inside the jail and what steps they can take to improve the conditions of the jail. I was a member of one of these tours on Feb. 21.

Walking into the jail was the most surreal experience that I have encountered, and I do not think that anything could have prepared me for what I saw when I was there. Many of the members in my group were also SNU students who were equally taken aback by the physical conditions of the jail.

Witnessing some of the physical conditions were among the most shocking scenes that we encountered on the tour. Windows were cracked, the kitchen—which, last year, was closed for over a year—was flooded, and doors were stuck shut because the building is settling into the dried riverbed that the structure was built on.

When the Oklahoma County Jail was built, plans for a medical wing were completely omitted from the blueprint. This proved to be a mistake when the jail opened, and they discovered that there would be physical altercations and medical conditions that needed to be tended to among the 1,000 to 3,000 inmates that were in the jail at any given time. The solution to this grave error was to convert isolation cells into just 10 medical beds and offices for the staff of the improvised medical wing.

Rachel Williams, a sophomore at SNU, recalled her walk through the jail, saying, “Glass windows were shattered, cries for help are etched onto cell doors and the inmates screamed out of desperation as we moved through the scene of mass incarceration.”

The number of inmates dramatically outnumbers the guards, with a single guard being responsible for 600 inmates at one time. Because of this, those who are incarcerated are subject to being confined to their two-person cell, which they share with two to three other people, for all but four to five hours a week in which they are given recreation time inside their pod. There is not sufficient staff to support outdoor recreation, so inmates are in their cell where they eat, sleep, go to the bathroom and await their individual hearings which in some cases can take up to five years.

Inside the cells, the walls, doors, and steel beds were covered with drawings and writings made by inmates, some counting the days they had been there, others were notes to their families, and many were desperate cries for God to rescue them.

Ben Gutierrez, SNU sophomore, said, “This jail is not just oppressive to the prisoners, but [also to] those who tirelessly work to provide better care for the prisoners. These guards are dedicated to doing their part to help.”

“These people might be in jail for a good reason, but they are still deeply loved by God,” said Gutierrez.

Williams encourages students to seek out avenues to go on a jail tour. “Not only will you understand the reality of this injustice in our city, but you will have more ability to comprehend the brokenness of those who live in this city.”

Dr. Gina Weaver, an SNU English professor who accompanied her freshman honors students on a tour of the Oklahoma County Jail back in January, said, “It is easy for Americans—especially middle-class Americans who don’t have much contact with the criminal justice system—to think that everything is fair and that everyone who is in prison and in jail did something wrong and deserve to be there. That’s sometimes is the case and sometimes is not the case, but even if they did do something, do they deserve the treatment that they are receiving? And can we be doing better for the children of God? I think the answer to that is definitely yes if we are thinking of these people as God’s beloved children like we are.”

(Photo by Rostyslav Savchyn on Unsplash)