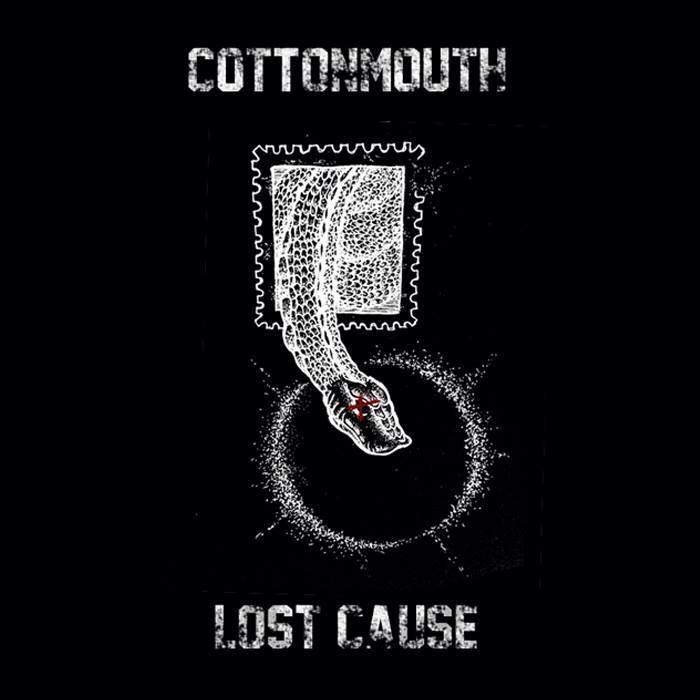 Want to hear some pretty cool background info on how the band Cottonmouth got together?  Here’s a little bit about the hardcore/punk band made up of four guys: Stephen Brand, a senior at Southern Nazarene University, Tyler Everett, a freshman student from Oklahoma State University, SNU sophomore Gabriel Carr, and SNU senior Caleb Swanigan.

Tyler and Gabriel grew up together in Bartlesville, OK and were in a metal core band as young teenagers; the band broke up, but Tyler and Gabriel were still friends and ended up in OKC together, although at different schools. They wanted to start a band in Oklahoma City but never did, due to various circumstances.

Stephen and Caleb, who have been playing music together on and off ever since they started going to SNU, met Tyler through Gabe, since they had gone to school together. They all jammed together and decided to start a band with Gabriel as the vocalist, Caleb as the drummer and Tyler and Stephen as the guitarists. They all had experience with playing music and being in a band before Cottonmouth, so it was nothing new to practice and write songs together.

“We have all been in bands or playing music for a few years now…at least for me it’s always been a huge outlet for energy, misery, joy, and all that. And I haven’t been in a recording/performing band since high school and wanted to start it up again in Oklahoma City where the local music scene is thriving,” said Stephen. It was a really exciting moment for them and, as Gabe said, “It was meant to be.”

Their first show was April 22, 2014 at a skate park warehouse in Norman with other local bands, with an audience of approximately 80-90 people. They were all pretty nervous and anxious; it was Gabe’s first time to perform as a punk vocalist, so he was nervous about forgetting the words of the songs.

However, the crowd was very kind and gave positive feedback. Random people they didn’t know mentioned their band on social media, and friends in more prestigious bands like Tiger Lily, Thought Crime and Sabertooth were promoting their stuff. Because people they don’t know personally were talking about them, they felt as if they shouldn’t let them down, especially when those people had paid to see them perform.

Gabe mentioned, “With this attention, however, the pressure was on us, last night, to not suck. Which I think we pulled off, despite not having a bassist. We jam our tunes so that everyone who came to see us connected in having a good time.”

“The willingness of people to support the arts and music is a humbling thing, so I just made sure to enjoy my time with three of my best friends. Playing music that we worked hard on is rewarding so others can come together and enjoy it with us. We are all sore from going crazy while playing. It was definitely a pleasurable and humbling experience to get such positive feedback from people I’ve never met,” said Stephen. They all enjoyed the experience and were truly grateful to those who watched them perform, and they hope to experience much more of that.