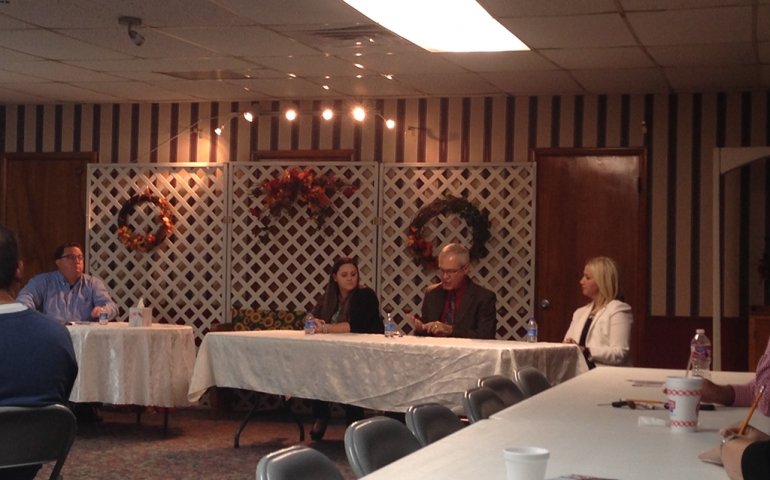 The battle between Donald Trump and Hillary Clinton will not be the only important voting decision made on November 8th.

Local politics are not seen as important to many voters. SNU is nestled in District 100, where a battle of it’s own has taken place between Elise Hall and Dr. Don Wentroth.

Wentroth and Hall are both running to be representative of House District 100.

Since 2010, Hall has held the seat for six years; she was 21 and the youngest woman to be a representative in Oklahoma. She has lived in HD 100 for as long as she has been alive and attends Bethany First Church of the Nazarene. Hall hopes to continue to create jobs and help the state grow to be successful.

Wentroth is a former educator and principal of Putnam City Original High School and Bethany High School. He believes something has to be done about the way Oklahoma is handling public education and wants to make a change.

While most people belong in the two-party system, there is another option in this election. Christina Wright, a libertarian, has a degree in journalism and is working towards another in mechanical engineering. This election is the first time, since 2000, that Oklahomans can vote for a libertarian candidate.

A debate was held at Tulakes Baptist Church by the Bethany District Neighborhood Association. All three candidates got a minute to answer questions presented by the moderator.

The debate questions were provided by the audience, and most of the questions centered around the public education system.

Oklahoma is 50th in the nation on how we take care of our public schools. Wentroth has 40 years of public education experience and “wants someone to own the mistakes that are going on.”

Education is not the only matter to take into consideration for a vote. Hall has six years under her belt and hopes to continue on with the changes she has helped instigate. She is also endorsed by the NRA. Wright was in the military and has experience in that sense.

If you are registered to vote with an SNU address, these are your candidates. Do your own research, and find out who aligns with your own beliefs then make a decision. Local politics are just as important as those held in Washington D.C., and they may even be more important to your daily lives. Participate in the change surrounding you.