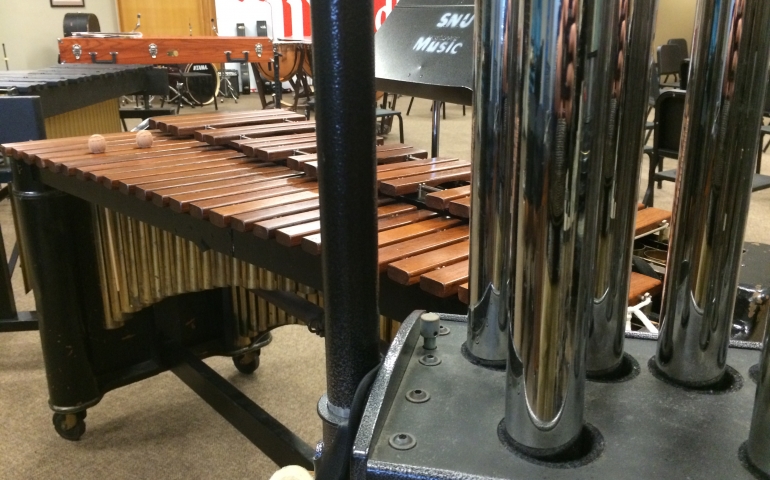 Is a marching band right for Southern Nazarene University? Administration thinks so. I talked with Dr. Melany Kyzer and Dr. Cantwell to get the details.

In 2010 the Southern Nazarene University cabinet approved the pursuit of a marching band. For those of you like me who come from a history of marching band, this may make the transition into college life just a bit easier.

Many qualified applicants were interviewed via Skype and one visited campus recently. After a long deliberative process, Professor Danny Abrego will be recruiting and making arrangements to get the band started off in the right direction within the coming year. This decision was announced on Thursday, April 23, at the symphonic band concert.

Abrego will be able to set up any entry qualifications for the band. “Professor Abrego is charged with developing a fall 2016 marching unit that will grow each successive year,” said Dr. Cantwell, SNU’s School of Music Head Chair. The band will give any curious students the chance to perform and compete at a university level. This new extracurricular will surely be a large attraction for the school.

According to Dr. Cantwell, the most pressing issues are how the marching program will run and trying to recruit students both incoming and current. There are problems that will eventually arise such as scheduling, available college credits, fees, and time commitment. But, those bridges will be crossed when the time comes. A marching band will be essentially the same time commitment for band students as say football or any other sport would be to an athlete.

The symphonic band and marching band will operate concurrently. While it would be more of a strain, it would not be impossible to be in both if one so wished. The same goes for any division of the music department, but that does not mean that certain dates may not conflict.

With the addition of a mobile band, SNU will be able to boast a concert band, jazz band, marching band, choir, and a chorale. This is a great addition because many high school students are no doubt lost to Southern Nazarene University’s lack of a band.

The band is expected to be on the field in practice by September 2015. The band should be operational by the fall of 2016, according to Cantwell.