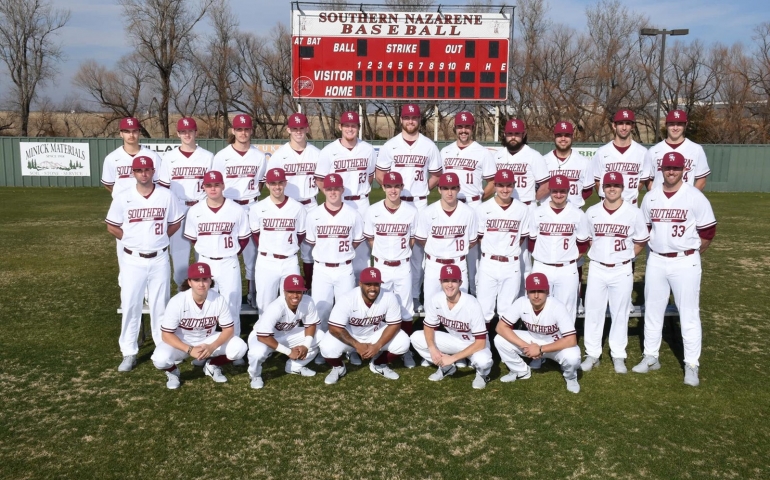 The Crimson Storm baseball team has entered the 2020 season with more promise than they’ve had in recent years. Coming off of a 9-34 season, there have been a lot of changes made.

In addition to the staff changes, there have been significant changes to the roster. The current roster doesn’t include a single starter from last year. Those spots have been filled by new transfer students as well as freshmen.

The Crimson Storm will open up their season in a tournament on Jan. 31 in Cleburne, Texas in the Alpine Fresh 4 Him Classic. They will face Colorado Christian University, University of Mary, and Rogers State. The home opener will be the following weekend as the Crimson Storm host Oklahoma Panhandle State University in a three game series. The first game will be at 2:00 p.m. on Feb. 7 followed by a doubleheader on Saturday starting at 11:00 a.m.

The 2020 season looks to be very promising, and the new faces have brought a change to the culture of Southern Nazarene baseball.