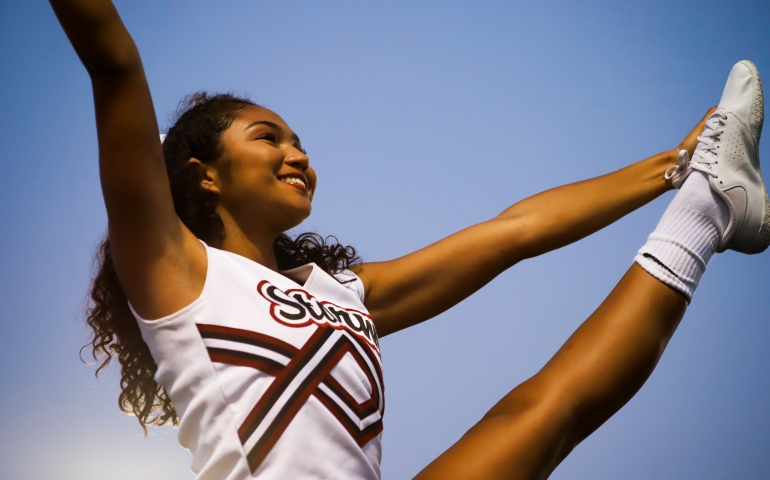 Every year, they’re cheering on the Crimson Storm and getting the crowd pumped at games. They perform practiced routines during halftime and cheer along with the marching band. However, not much else is known about the Southern Nazarene University (SNU) Spirit Team beyond the sidelines.

A surprisingly little-known fact is that SNU’s Spirit Team consists of two separate teams. Madi Deal, a junior on the Pom team cleared it up, saying, “Our spirit team is Cheer and Pom, but what most people don’t know is that we’re two different teams. Cheer is heavier on gymnastics and Pom is more like dance. We’re still cheering on the same team, it’s just different.” 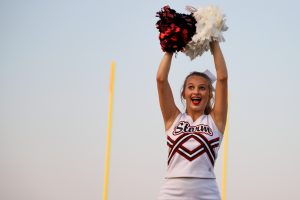 When seeing the two teams perform their cheers and routines with no problem, it’s easy to believe that being a part of the SNU Spirit Team is a simple feat. However, an extensive amount of practice goes into everything. Just like with any other sport, it requires skill and dedication. Practices, for example, are typically two and a half hours long.

Hannah Flores has been part of SNU Cheer for three years and gave some insight into what practices are like. She said, “We practice three times a week, and usually our practices are in three sections. So, we have time for stunting, time for learning cheers or dances and time for conditioning. Fridays, all we do is condition because the games are long, and we’re constantly releasing energy.”

In addition to cheering for SNU, many of the Pom and Cheer girls often have past experience with dance or cheer either competitively or as a hobby. For example, Hannah and Madi both have years of dancing under their belts. Hannah stated, “I’ve been a dancer since I was seven. I did ballet, jazz, tap, modern, hip-hop–like everything. Then I was selected to be a choreographer and did a little bit of that.”

Madi also has been dancing since she was very young: “I’ve been dancing since I was two years old, and I was on a competitive dance team… I loved it so much that I was on it until my junior year of high school.” Just like all of the other sports at SNU, the members of the spirit teams have put in hours of work and honed their skills for years to get to this point. 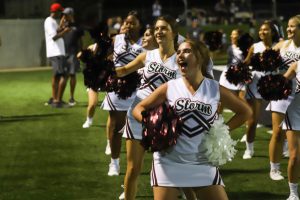 While Pom and Cheer both require immense time and effort, it’s not all work and no play. Outside of practice, the teams have events and hangouts together throughout the season. This makes it another great way to get involved at SNU and meet new people who are all coming together with a shared passion. These connections and experiences make all of the hard work worthwhile.

Deena Weast, the Coach and support system of the team said it best: “We’re a family, we work hard together, we have fun together. At the end of the day, we all share a close bond. It’s a sweet group to be a part of.”