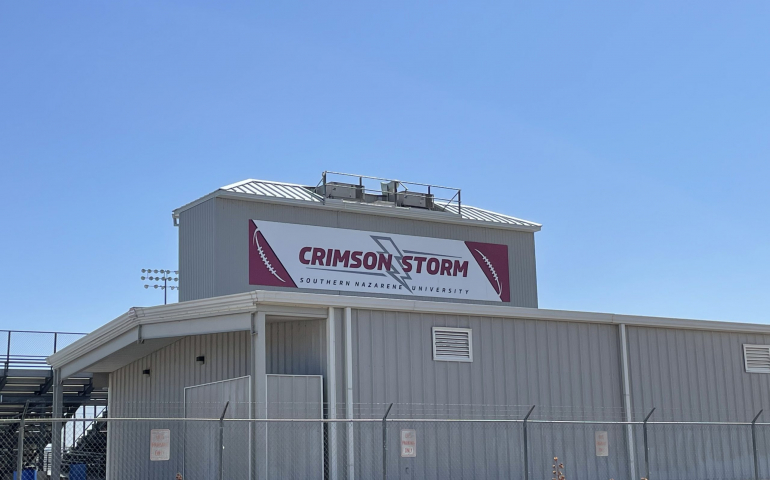 When people think of spring they are often reminded of flowers blooming, green grass, and overall beautiful weather. But for some, spring brings back the joy of football. Alongside the many other sports that are in season during this time of year, the first week back from spring break marks the beginning of football’s offseason practices. This past week, SNU’s football team began their spring practices where the students were putting their pads back on and getting ready for their spring game.

The NCAA allows for a limited number of practice hours where each team can participate in full contact. Unlike the abnormal Covid year, only a certain number of practices can be held, alongside a spring game which cannot be against outside competition. These spring practices are similar to practices in the normal fall season. However, they are shorter but more energy-intensive as the athletes enjoy going head to head against their teammates.

This idea of team competitiveness is exactly what makes spring football so enjoyable for offensive lineman, Grayson Winters. “I really love this team,” said Winters. “The competitive nature that is brought out during practices is something special for sure.”

The overall goal of every practice is to get better both individually and as a team, which is exactly what these practices are designed to do. In the spring, everyone is given an opportunity to showcase their skills and work their way up the depth chart. This idea is another factor that brings out the highest level of competition in each athlete; it adds to the level of fun that each practice brings.

With such a limited time period of practicing, it is hard to enjoy every second that the players get on the field. Junior, David Armijo, is just happy to have another chance to be on the field. “I’m glad that we get a second part of the year to play football,” said Armijo. “It gives us another chance to get better and grow as a team.”

Spring Football is a time of enjoyment and excitement for the players and the coaches alike. They work hard to help better develop themselves and others on the team, with only one game to showcase it. The spring game is going to be on April 14, at 7:00 pm, at the SNU football facility. I encourage everyone to come out and support the football team, enjoy high-intensity football, and have a great time. We look forward to seeing you there.